50 years later, it still looks as futuristic as ever.

2021 marks the 50th anniversary of the iconic Countach and aside from celebrating the supercar's birthday with a modern-day equivalent in the LPI 800-4, Lamborghini also built a tribute to the original 1971 car. The first prototype was destroyed in a crash test three years after its debut, but it's been now brought back to life with an official recreation of the lost LP 500.

Following its online premiere last week, the one-off made its public debut during the 2021 Concorso d'Eleganza Villa d'Este at Cernobbio where YouTuber Automotive Mike got up close and personal with the new/old Countach. We get to learn the unique creation is a working car running under its own power, making wonderful V12 sounds. Presumably, it has a 3.9-liter unit like the production-spec LP 400 as the test car's original 5.0-liter engine was damaged in the crash test as well.

Lamborghini's restoration division Polo Storico needed 25,000 hours to complete the build on the behalf of a wealthy collector. What the few official images provided by the Sant'’Agata Bolognese failed to show was the car's interior, which we get to check out in the attached video from the 6:23 mark. Much like the exterior is essentially a carbon copy of the 1971 prototype, the cabin is also a spitting image of the LP 500.

The extremely rad Countach gets the same Giallo Fly Speciale paint job as its ancestor and rides on Cinturato CN12 with a period-correct tread pattern. Lamborghini built the car on a 1:1 scale by using a 3D scan of the LP 400 (chassis 001), the first production-ready car from 1974. We must say the prototype looks even better in real life and it’s a worthy tribute to the supercar's genesis.

The Countach Is Back In More Ways Than One: 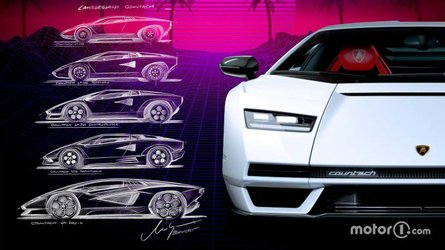 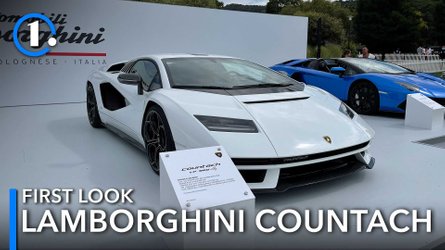