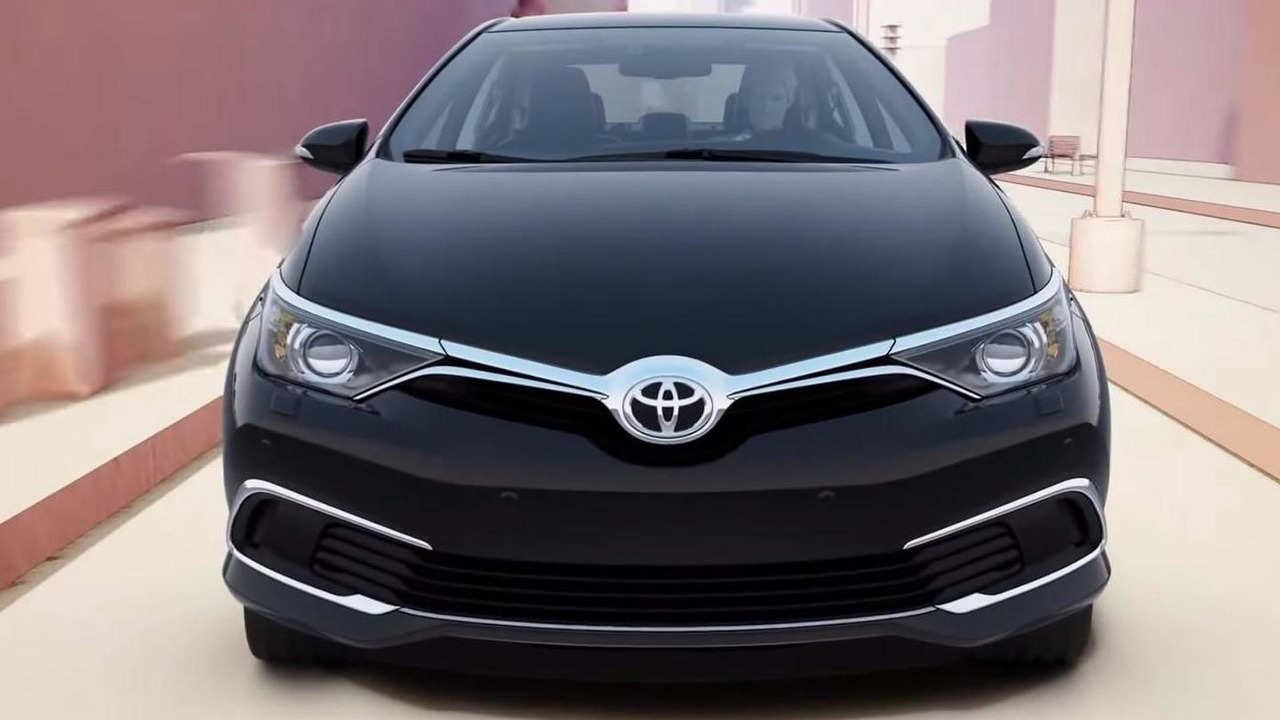 Toyota has released a video about their Safety Sense systems which are being featured on what could possibly be the yet unreleased Corolla facelift.

Toyota has released a video about their Safety Sense systems which are being featured on what could possibly be the yet unreleased Corolla facelift.

Since the attached video was uploaded by Toyota's Belgrade branch in Serbia, we assume this is an upcoming facelift for the European-spec Corolla, but it could be something else. If this is indeed a facelifted Corolla Euro-spec, it seems Toyota is in a bit of a hurry to refresh their compact sedan as the Euro Corolla came out less than two years ago. As you can see, not a lot of have changed as we only notice a redesigned front fascia which appears to take some influences from the 2015 Auris.

The front looks somewhat "angrier" and less elegant than the current version while the rear end has a thicker chrome bar interconnecting the taillights and there seems to be a slightly different bumper. Something caught our attention on the inside as the dials appear to be carried over from the Auris Hybrid facelift which could possibly indicate this is actually a Euro-spec Corolla Hybrid. We are not excluding the possibility the Corolla featured in the video was rendered purely for demonstrative purposes to show off Toyota's safety & assistance systems.

Speaking of a hybrid Corolla, Toyota recently unveiled such a version in China based on the ASEAN Corolla and with a more stylish design.