Back in May, Byron Glover Jr., also known as Drive 615 on YouTube, spotted the Nissan Z Proto on its way to a local Cars & Coffee event in Nashville, Tennessee. The YouTuber also had the chance to have a walkaround of the prototype, something he wasn't expecting at that time.

Now that the 2023 Nissan Z car is already out and about, Glover spotted the production version going to the same event within the same area, parking on the same spot as before. It's almost like a non-coincidence but it is, and the YouTuber had a field day noting the difference between the sports coupe in prototype and production form.

We've seen the new Nissan Z car in the metal before but what we had a close encounter with was the blue example. Seeing the Z car in yellow, both in prototype and production forms, somehow highlights the differences greatly.

Also spotted with the new Z is the Nissan Ariya crossover EV, which attended the local Cars & Coffee event in right-hand-drive configuration. The grandfather of the Z car, the 300ZX, is also part of the convoy. In case you missed it, it's obvious that the new Z car's taillights harken to the 300ZX's.

Rave About The New Z: 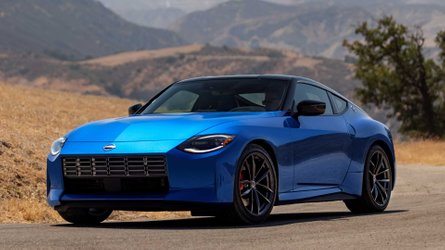 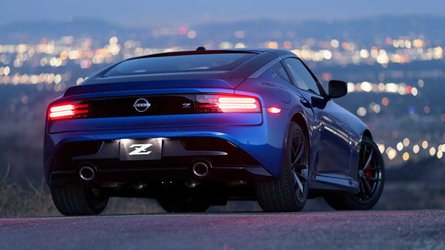 At this point, it's safe to say that acceptance of the new Z car has been generally positive. If you're one of those who adore the design, you can thank Nissan's Japanese design team for that, being chosen among the 100 proposals that were submitted globally.