It was a cakewalk for the Tesla.

It's amazing to see how electric vehicles went from being labeled slow to becoming one of the fastest-accelerating cars in the world today. It's normal to see sub-3.0 second 0 to 60 mph times in these high-performance battery-powered vehicles. It could be said that Tesla was one of the first to prove EVs can be fast.

Over the years, we've seen countless videos of Teslas outrunning well-established performance vehicles. For example, the Tesla Model S Plaid has fought off muscle cars and supercars. Just about every quick fuel-fed car that challenged it has yet to topple the Model S Plaid in a drag race.

But perhaps it might be different this time around. In this edition of the Tesla Model S Plaid versus another supercar, the EV faces off a raging bull. That bull is the limited-run Lamborghini Aventador SVJ. Is this the car that can, at the very least, match the Plaid in a straight-line battle? Let's take a look at the stats. 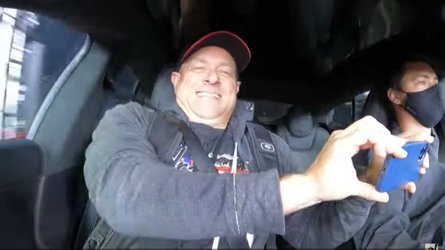 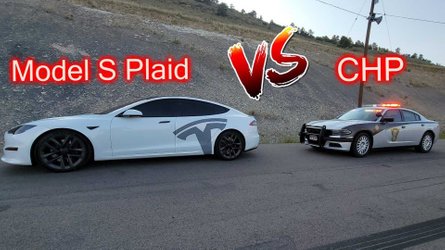 The Aventador SVJ packs a 6.5-liter V12 that isn't 'corrupted' by turbochargers. It's good for 759 horsepower (558 kilowatts) and 530 pound-feet (719 Newton-meters) of torque. The SVJ shifts with a seven-speed, single-clutch automatic and sends its power to all four wheels.

But in the end, it was sheer brute force that won. Despite the hefty weight disadvantage, the Model S Plaid drove past the Aventador SVJ effortlessly. Even if it was given a head-start, the Aventador SVJ simply fell into the clutches (or in this case, the motor) of the electric car. In a standing start, the SVJ didn't even stand a chance. You could even say this large executive sedan obliterated the highly-exclusive, low-slung supercar worth well over $500,000. At about $130,000, the Plaid seems to be a performance bargain, too.

So are you shocked about the conclusion? Either way, the Model S Plaid's winning streak against other cars remains unbroken.