Because this supercar is quick.

The Lamborghini Huracan STO is the ultimate form of the brand’s entry-level supercar. It replaces the Huracan Performante in the model’s stable, giving customers a race car for the road. The Super Trofeo Omologata is the road-going version of Squadra Corse’s race cars, and it offers a lot of upgrades over the standard model. A new video from the Motorsport Magazine YouTube channel tests the upgrades by putting the car through an acceleration test.

The video is short because the Huracan is quite quick. It hits 62 miles per hour (100 kilometers per hour) in 3.0 seconds, and it takes just 8.9 seconds to reach 124 mph (200 kph). That’s a smidge better than the standard model, which Lamborghini says hits 62 in 3.2 seconds, but the STO isn’t designed for quarter-mile blasts. It’s a car that thrives on the track. Many of its upgrades reduced its weight or improved its aerodynamics – the car has a dry weight of just 2,951 pounds (1,339 kilograms).

Lamborghini’s improvements and upgrades don’t extend to the engine. The STO uses the same naturally aspirated 5.2-liter V10 from the Evo and Performante. It produces the same 630 horsepower (460 kilowatts), but it’s down on torque – 417 pound-feet (565 Newton-meters) compared to 443 lb-ft (600 Nm). Power routes to the rear wheels, just like in the Performante it replaces. Brembo brakes provide the stopping power, bringing to car from 62 mph to a complete stop less than 100 feet (30 meters). 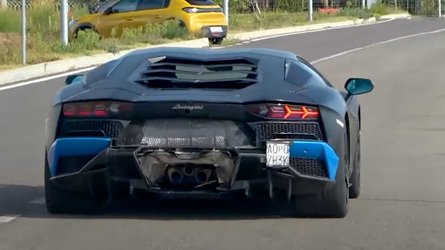 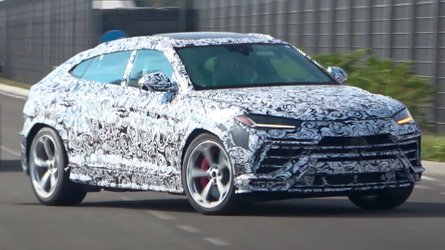 Deliveries for the supercar began earlier this year, and those who get one will certainly pay a premium for it. It starts at $328,838 in the US. The standard Huracan Evo has a $208,571 price tag. That’s a big difference for a car without more power, though the upgrades help it handle better. The car generates 53 percent more downforce than the Huracan Performante while cutting 95 lbs (43 kg) from the car thanks to the 20-percent lighter windscreen and the extensive use of carbon-fiber parrots for more than 75 percent of the car’s bodywork.