It could borrow some styling cues from the 2022 Navigator.

The Lincoln Corsair debuted in 2019 for 2020, replacing the MKC in the luxury brand’s lineup. It introduced bold styling that significantly differentiated it from its platform-mate, though it looks like Lincoln is ready to give the crossover a redesign. New spy shots reveal the model wearing a thick camouflage covering over the front fascia, with the rest of the vehicle exposed.

The camouflage hides any design changes, but if Lincoln’s mid-cycle update follows the typical course, we expect the model to receive a new grille design, updating lighting elements, and a tweaked bumper. The grille is partially visible through the camo, and it doesn’t look too different from the current model, though it should follow the changes made to the 2022 Navigator. Curiously, the Corsair doesn’t have any camouflage over the rear, another area often updated with a facelift, though it looks unchanged.

One odd element is the exhaust tips, which appear to be for emissions testing. The Corsair arrived with three power options in 2020 – a standard turbocharged 2.0-liter four-cylinder, an optional turbocharged 2.3-liter, or an optional 2.5-liter plug-in hybrid. The trick exhaust tips make us believe Lincoln could be tweaking one of the powertrains, though the test vehicle lacks the driver-side charging port door for the hybrid. The company could also be testing a number of things that might not lead to an updated powertrain. 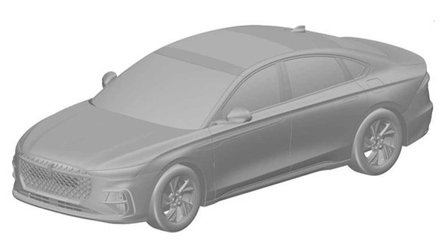 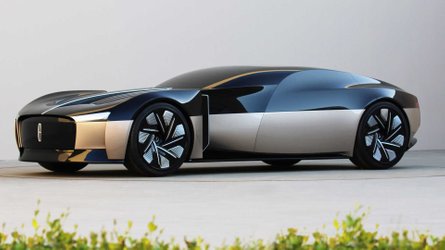 Snazzy Lincoln 'Anniversary' Concept Stretches Out At The Quail

Lincoln has plans to offer an all-electric Corsair-E starting in 2026, though it could be sold alongside the gas-powered version. Lincoln’s first EV is set to launch next year, with the brand planning to electrify its entire lineup by 2030. Next year will also see the new Corsair debut, which is expected to break cover early next year. It’s a bit early in the Corsair’s lifecycle for a refresh, but automakers have been bucking previous trends as new competition and rapid change heat up the industry.