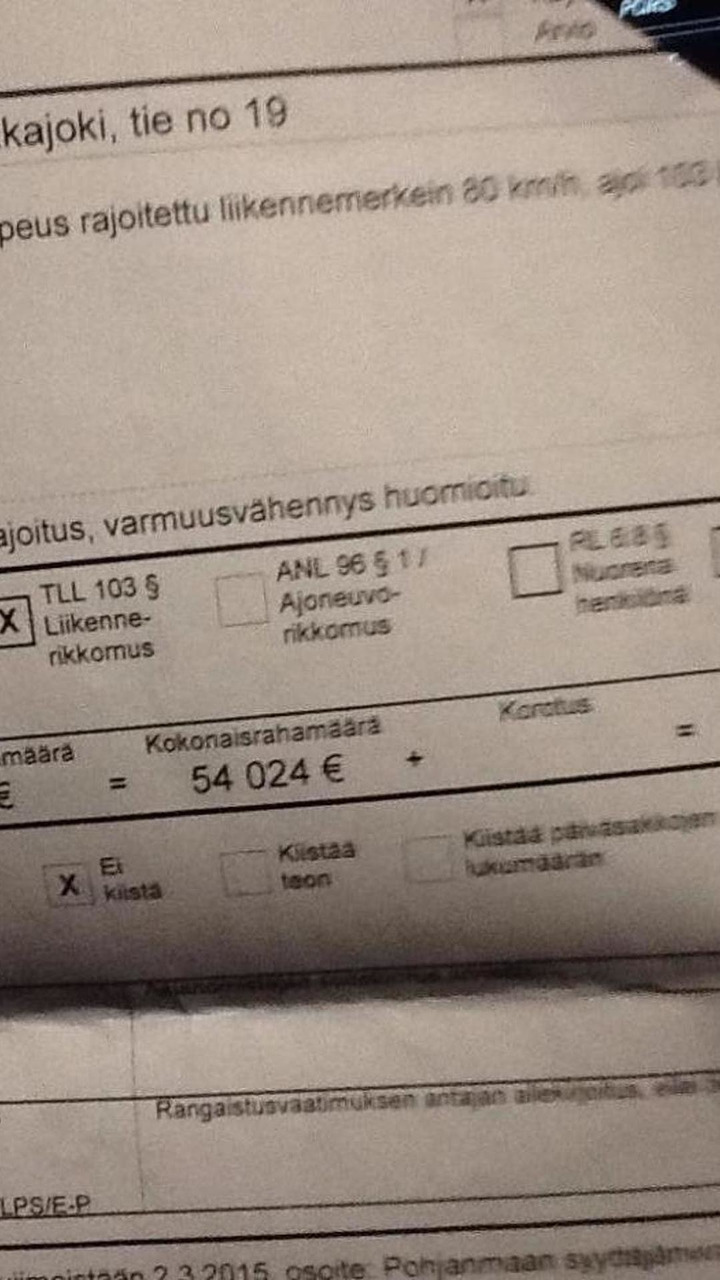 In a Facebook post, Reima Kuisla said "Finland is impossible to live in for certain kinds of people who have high incomes and wealth. I'm considering leaving the country."

You will be surprised to hear this isn't actually the biggest speeding ticket from Finland as back in 2002, a Nokia executive was caught with his Harley Davidson motorcycle doing 47 mph (75 km/h) in a 30 mph (50 km/h) limit and received an almost unbelievable €116,000 ($103,600 at that time) ticket.