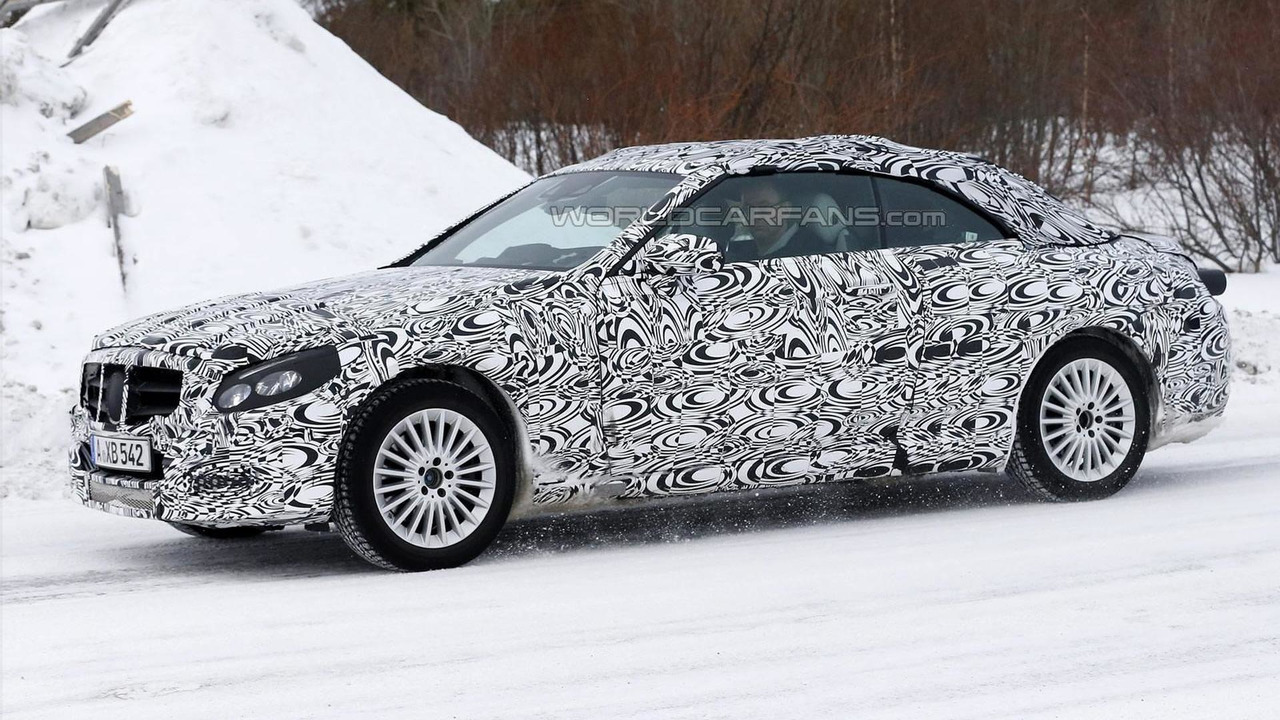 A fully camouflaged Mercedes-Benz C-Class Cabriolet prototype has been caught on camera by our spy photographers.

A fully camouflaged Mercedes-Benz C-Class Cabriolet prototype has been caught on camera by our spy photographers.

The defunct CLK is about to get a spiritual successor in the form of a C-Class Cabriolet equipped with a multi-layered soft top and according to several reports it will be cheaper than the SLK (soon to be SLC). The prototype spotted here is still dressed in a heavy amount of disguise but it’s not that hard how to imagine how the car will look like after looking at the sedan.

Mercedes-Benz provided a sneak preview of the interior cabin through a mockup which was displayed last summer in Stuttgart at the firm's museum. Unsurprisingly, the cabin was largely carried over from the sedan and wagon C-Class but with different power tilt & slide seats and additional buttons for the roof. The production car will most likely get the AIRSCARF (neck-level heating) and AIRCAP (air deflector) systems as seen on other open-top Mercedes models.

Chances are the Mercedes-Benz C-Class Cabriolet will be introduced in 2016, following the release of the C-Class Coupe set for later this year. Both cars will most likely get C63 AMG versions equipped with a twin-turbo V8 4.0-liter engine delivering 476 HP & 650 Nm and 510 HP & 700 Nm in S specification.