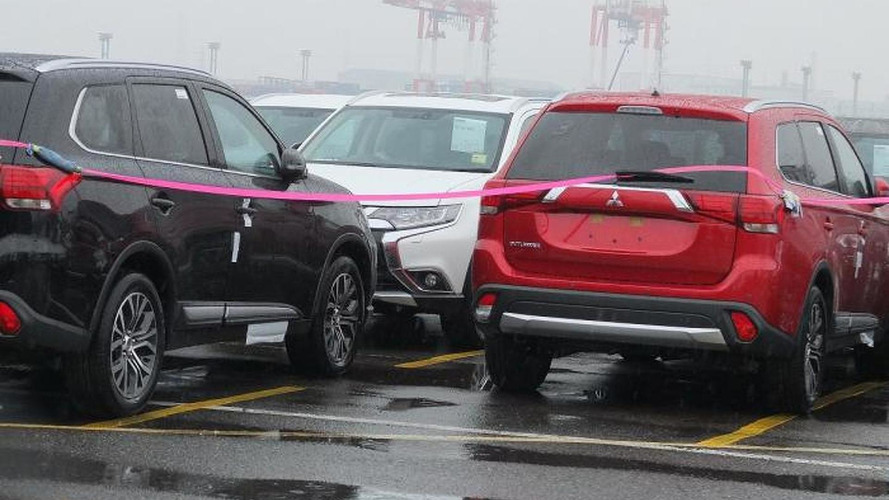 The 2016 Mitsubishi Outlander facelift has been spied undisguised ahead of next month's official reveal.

The 2016 Mitsubishi Outlander facelift has been spied undisguised ahead of next month's official reveal.

Spotted at a port in Japan getting ready for shipment, the production-ready Outlanders didn't carry any disguise even though the car has not been officially unveiled yet. These spy shots provide a clear view of the rear end which adopts significantly different taillights which have grown in size and feature red graphics. There are also some chrome accents and a redesigned bumper now hosting the fog lights.

We don't have a clear view of the front end but we do notice it seems to resemble the Outlander PHEV Concept-S and just like the rear end it makes extensive use of chrome. Some new alloy wheels have also been prepared while the interior cabin will also be upgraded as previously announced by a Mitsubishi official.

Moreover, the PHEV version will gain a more refined hybrid system compared to the current version which combines a four-cylinder, 2.0-liter gasoline engine with two electric motors and a 12 kWh lithium-ion battery. In current form, the Outlander PHEV returns 143.5 mpg US (172.3 mpg UK or 1.6 liters / 100 km) and has an electric range of 34 miles (55 km), with a maximum range in hybrid mode of up to 547 miles (880 km).

Mitsubishi has announced the facelifted Outlander range will receive its public debut at the New York Auto Show scheduled for early April.