Custom Porsche 968 Gets Fashion-Label Makeover, Do You Approve?

With production running from just 1991 to 1995, the Porsche 968 often falls through the cracks when people think about the brand's classic models, but it's the final evolution of the front-engined, liquid-cooled four-cylinder models that go back to the 924 in the 1970s. Now, the fashion label L'Art de L'Automobile creates a highly customized 968 with a unique look.

While Porsche offered the 968 as a coupe and convertible, neither version ever looked like this. The L'Art de L'Automobile custom has revised bodywork with a raised section behind the seats. From the back, you can see this piece incorporates the center brake light. Also, rather than the separated taillights on the original car, this one has lamps that span the width of the tail.

The factory-spec 968 has pop-up headlights, but the L'Art de L'Automobile custom gets rid of them. Instead, there's a smooth nose with creases in the spots for the original headlamps.

Inside, things are very simple. The steering wheel appears to be a reupholstered unit from a 944 with its minimalistic horizontal spoke, but L'Art de L'Automobile adds its "KAR" logo to the center. The instruments have shadow-effect instrument markings over a black background. A TAG Heuer clock and stopwatch decorate the center of the dashboard. There's a hidden Bose sound system. 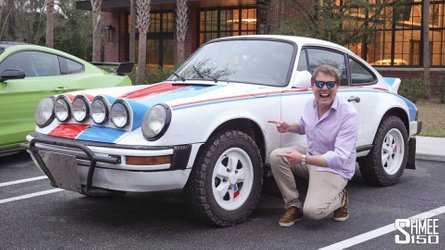 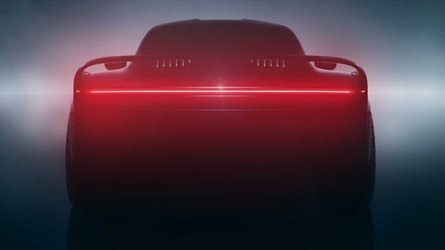 L'Art de L'Automobile calls the color covering the exterior and much of the interior L'Art Green Pearl. The seats have matching upholstery with some additional black touches to break up the otherwise monochromatic color scheme.

L'Art de L'Automobile offers no details about its 968's powertrain. The vast majority of them used a naturally aspirated 3.0-liter four-cylinder making 237 horsepower (177 kilowatts) and 225 pound-feet (305 Newton-meters) of torque. Porsche also made 14 examples with a turbocharged engine producing 305 hp (227 kW) and 369 lb-ft (500 Nm)

If you happen to live in Paris, this custom 968 will be on display at L'Art de L'Automobile's exhibition during Paris Fashion Week from September 30 to October 3.