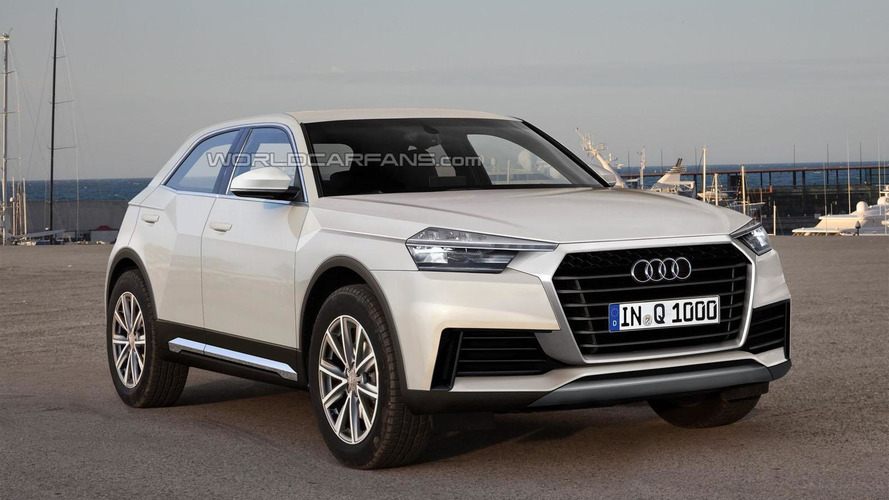 A new report indicates Audi is working on an even smaller crossover which will be positioned below the Q1.

A new report indicates Audi is working on an even smaller crossover which will be positioned below the Q1.

Audi has already announced a Q1 baby crossover is due next year, a model which was initially supposed to be called Q2 but FCA refused to sell the name. It won't remain the company's entry-level crossover for a long time as an even smaller high-riding model is apparently in the pipeline and it will allegedly be called Junior, although the initial idea was to use Q1 to denote it's smaller than the Q2 but Sergio Marchionne ruined Audi's plans.

The Audi Junior crossover is believed to be offered exclusively with two doors and it should carry a starting price of less than $23,000. Early design proposals mix styling cues from the TTQ with the 2001 Steppenwolf concept while a source within Audi says rear doors could be added later during the car's lifespan if there will be enough demand.

The report also specifies quattro all-wheel drive will be optionally available along with a variety of driver assistance systems and an S tronic gearbox. Power is believed to come from a 3-cylinder 1.0-liter 115 HP turbo gasoline engine, a 3-cylinder 1.0-liter 110 HP diesel as well as from three 4-cylinder motors developing 140 HP and 180 HP in gasoline flavor and 150 HP with diesel. There are also talks about a beefier S but nothing is official at this point.

If approved for production, the Audi Junior will compete directly with the rumored BMW 1-Series Sport Cross believed to come out in 2018.