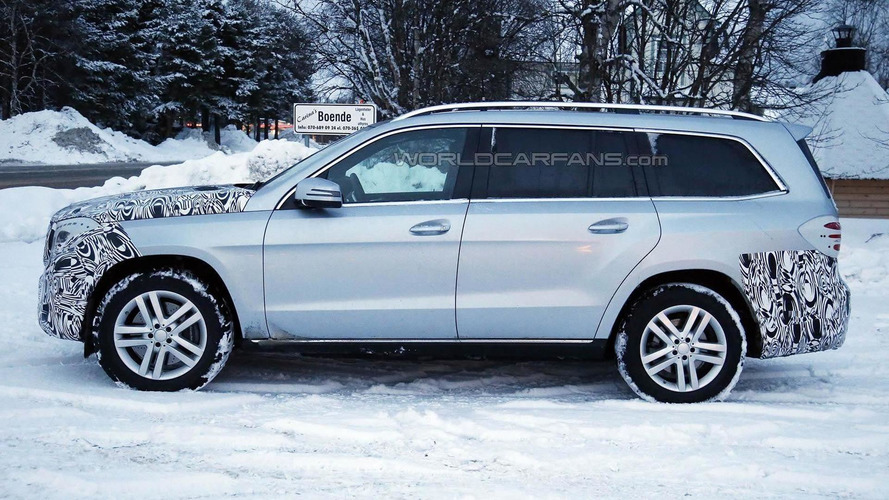 A prototype of the Mercedes-Benz GLS (GL facelift) has been spied once again prior to this year's already confirmed market launch.

A prototype of the Mercedes-Benz GLS (GL facelift) has been spied once again prior to this year's already confirmed market launch.

Although it's making the name change from "GL" to "GLS", the full-size luxury SUV from Mercedes-Benz will only go through a mid-cycle facelift which is why the prototype spotted by our spy photographers only carries some light disguise. Both front and rear bumpers are getting a new look and there could also be some small changes to the hood design while the headlight and taillight clusters are also going through a revision.

The interior cabin will also go through a series of updates and chances are most of the bits and pieces will be borrowed from the recently introduce GLE Coupe. Mercedes-Benz has hinted the GLS could spawn a more luxurious Maybach derivative which would likely come with a stretched wheelbase granting more legroom for rear passengers which will likely benefit from individual seats.

Expect the GLS to be unveiled in September at the Frankfurt Motor Show where Mercedes-Benz could also decide to bring the GLE (M-Class facelift).