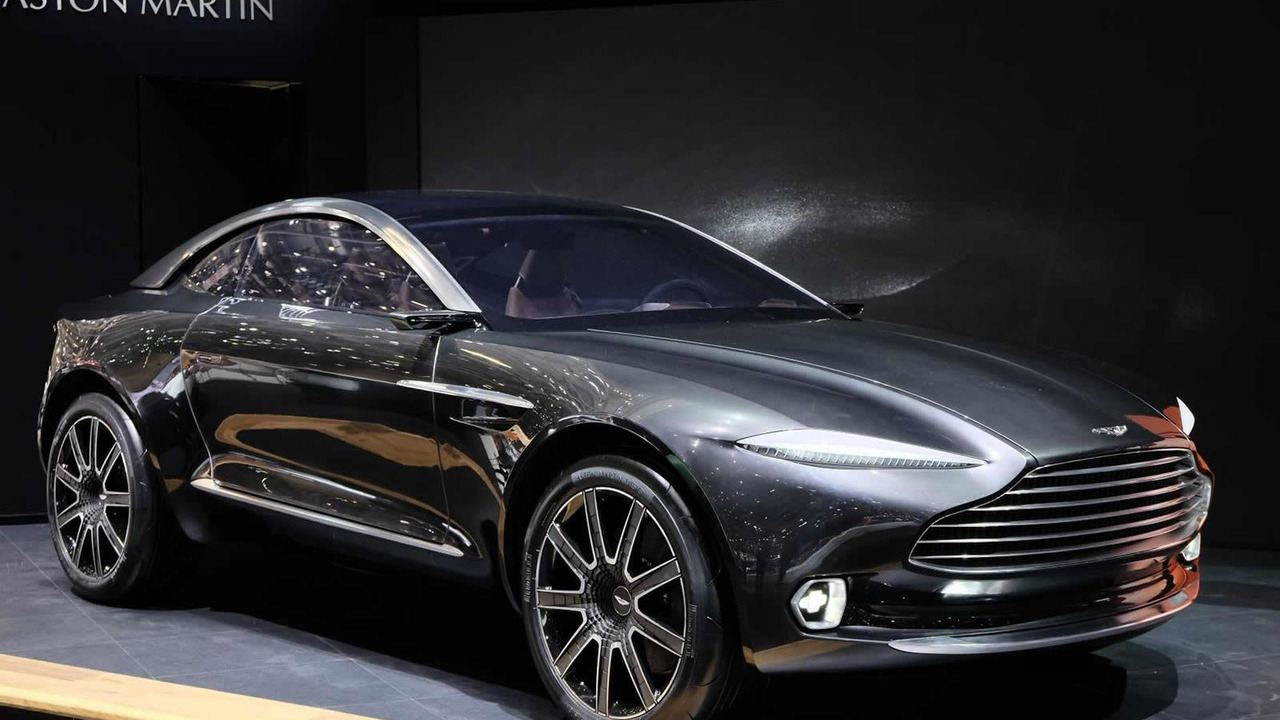 Aston Martin's rather controversial DBX concept has made its debut in the metal at the Geneva Motor Show.

Aston Martin's rather controversial DBX concept has made its debut in the metal at the Geneva Motor Show.

The DBX represents Aston Martin's attempt to turn a luxury grand tourer into a more practical car as they believe future customers will want a more family friendly GT that's also environmentally responsible. It was designed at the firm's HQ in Gaydon, Warwickshire and wears a Black Pearl Chromium paint created to replicate the appearance of a genuine black pearl. This special paint also has a micro-fine layer of chrome which provides a level of reflectivity unattainable on a normal paint.

It doesn't have a combustion engine as the DBX has been envisioned with in-wheel electric motors powered by lithium sulphur cells. The concept also benefits from side cameras, drive-by-wire electric steering, a kinetic energy recovery system (KERS), carbon ceramic brakes and active LED lighting clusters while inside the cabin there are driver & front passenger head-up displays.

Aston Martin says that although this concept is "clearly" not ready to go into production, they do plan to launch a car which will be similar to this.