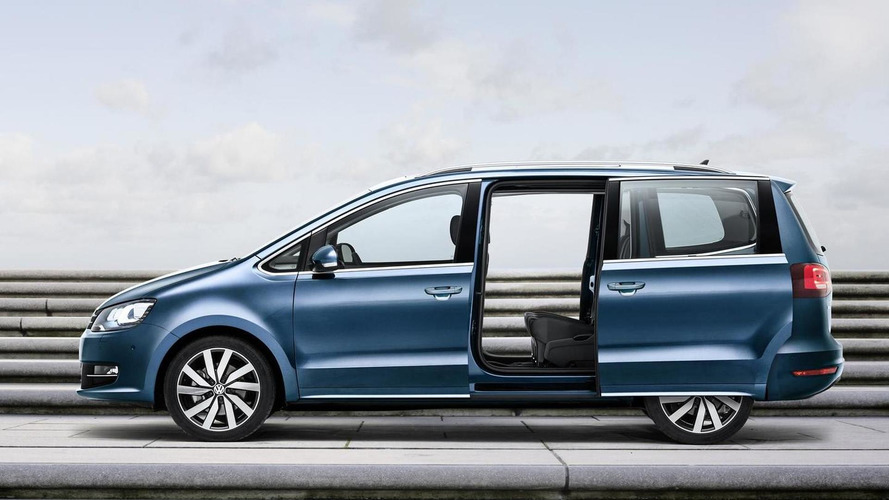 After last month's online reveal, the Volkswagen Sharan facelift has made its public debut this week in Geneva.

After last month's online reveal, the Volkswagen Sharan facelift has made its public debut this week in Geneva.

It takes a keen eye to spot the cosmetic tweaks implemented in the 2015 Sharan but this is because Volkswagen hasn't changed that much. They have added new LED headlights, Jakarta alloys and a couple of metallic body paints called Hudson Bay Blue and Crimson Red.

More significant changes have occurred inside the cabin where there are revised 5-inch Composition Color, 6.5-inch Composition Media and 6.5-inch Discovery Media infotainment systems. In addition, Volkswagen has added MirrorLink technology which allows the owner to "copy” the smartphone's display on the car's touchscreen. These revised infotainment systems are now faster not only when booting up, but also in touchscreen operation and when calculating the navigation route.

Order books will open next month before deliveries start this summer.