We've seen it inside and out, but we'll have to wait a couple of days to get the specs sheet.

Genesis has a teaser video up and running with the GV60 as if the electric crossover's design hasn't been revealed already. The clip serves as an announcement the full debut will take place on September 29 at 5 PM (Los Angeles time), meaning people watching from Europe will have to wake up super early on September 30 (or not go to bed) to check out the brand's first bespoke EV.

While the vehicle's somewhat controversial design has been revealed in full, Hyundai's luxury division has been awfully quiet about the GV60's technical specification. Aside from the E-GMP platform shared with the Ioniq 5 and EV6, no other technical details have been disclosed about the upcoming zero-emissions crossover. We do know it will use some clever tech, including face recognition to lock/unlock the doors and a fingerprint reader to start the "engine."

An all-wheel-drive version seems like a safe bet to make what with its sister models offering a dual-motor setup. In the case of the EV6, specifically the GT version, the front and rear motors develop a combined output of 577 horsepower for a 0 to 60 mph in less than three and a half seconds. With Genesis being advertised as a luxury car brand, we're expecting the GV60 to have the best specs among the three dedicated EVs ride on Hyundai's Electric Global Modular Platform. That said, leaks from South Korea state the EV6 GT will remain the most powerful of the trio.

Beyond what will likely be some impressive performance, the GV60 is shaping up to be an exciting EV for one more reason – wireless charging, Yes, reports state it will be initially available at home in Korea as part of a test/pilot program, with WiTricity rumored to serve as the supplier of home wireless chargers with a power of up to 11 kW.

The First Bespoke EV From Genesis Is Here: 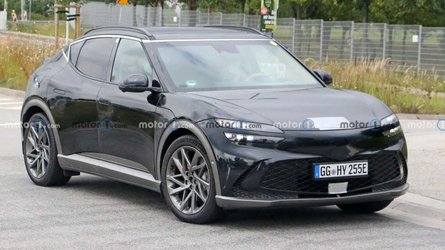 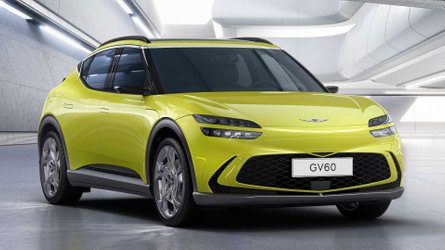 Following September 29's world premiere, the GV60 should go on sale before the end of the year or early 2022, depending on the market. It will join the Electrified G80, with a zero-emissions GV70 SUV also on the way. In the long run, Genesis will have eight electric models on sale by the end of the decade, with every vehicle launching from 2025 to get a fully electric setup.