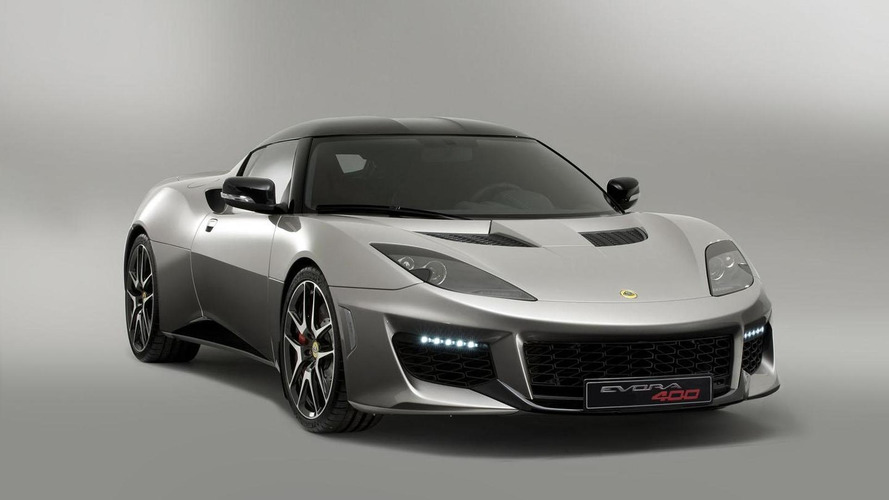 Following last month's online reveal, the Lotus Evora 400 has made its public debut this week at the 85th Geneva Motor Show.

Following last month’s online reveal, the Lotus Evora 400 has made its public debut this week at the 85th Geneva Motor Show.

Troubled British marque Lotus is trying to spice up the Evora with a more powerful version equipped with a V6 3.5-liter supercharged engine developing 400 bhp (298 kW) and 410 Nm (302 lb-ft). They say it’s the most powerful production model ever but back in 2011 they launched an Evora GTE Limited Edition which had 438 bhp (327 kW). They probably didn’t take this version into consideration because it was available in a limited series that was also commercialized in China.

Getting back to the Evora 400, it runs the 0-62 mph (0-100 km/h) sprint in 4.2 seconds and tops out at 186 mph (300 km/h). The engine’s power is channeled to the wheels through either an updated 6-speed manual or an optional 6-speed automatic transmission. Lotus has also made some revisions to the aluminum chassis and they were able to shave off 22 kg (48 lbs).

Other upgrades implemented in the Evora 400 include larger brakes, a limited slip differential (when equipped with the manual gearbox) and a retuned suspension. Inside it gets new seats, forged magnesium steering wheel, new center console as well as a revised instrument cluster and better materials.

It will go on sale initially in Europe this August while North America will get it later on as a 2016MY.