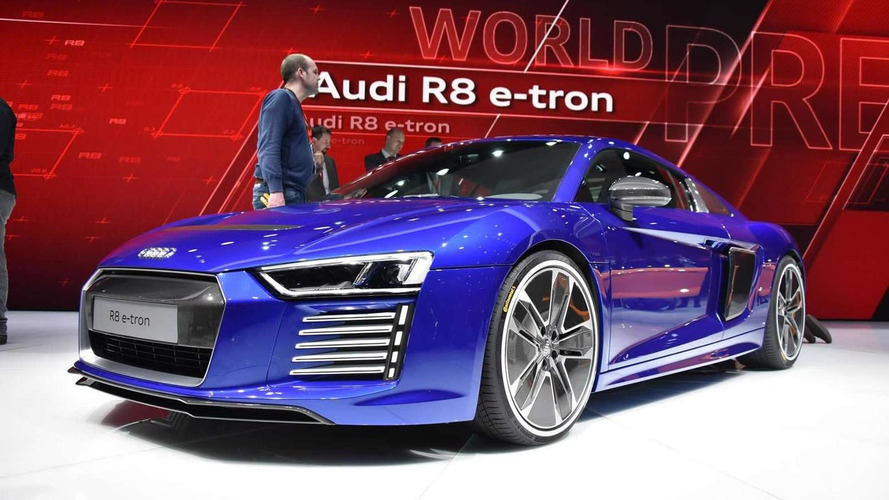 The second generation Audi R8 has arrived in Geneva in V10, V10 Plus and e-tron specification.

The second generation Audi R8 has arrived in Geneva in V10, V10 Plus and e-tron specification.

Audi has released an extensive photo gallery of the overhauled R8 to celebrate the supercar's world debut in Geneva where the gathered crowd is able to take a better look at the evolutionary design while underneath the familiar skin is an entirely different car compared to its predecessor. There's no V8 4.2 engine anymore as Audi has decided to offer the new R8 only with a reworked V10 5.2 rated at 540 HP & 540 Nm in the base model and 610 HP & 560 Nm in the R8 V10 Plus guise.

Audi will start selling the new R8 this summer, with pricing for the aforementioned e-tron to be announced at a later date.