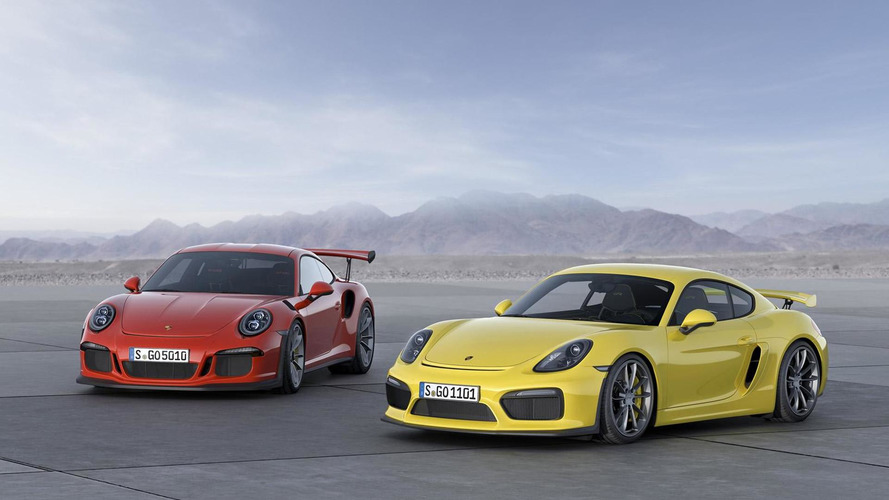 Porsche has finally revealed the much awaited 911 GT3 RS at the 2015 Geneva Motor Show.

Porsche has finally revealed the much awaited 911 GT3 RS at the 2015 Geneva Motor Show.

It gets an aluminum body combined with a magnesium roof and carbon fiber reinforced plastic hood and engine lid as well as other lightweight components that have shaved off 10 kg compared to the regular 911 GT3 which means the RS version tips the scales at 1,420 kg (3,130 lbs). The engine lid has gained extra cooling elements as well as a built-in ducktail spoiler to boost downforce at higher speeds. Also noticeable are the updated front wings with air ducts, a prominent splitter and a big wing at the back.

The interior cabin adopts a familiar look but with a white rev counter, body-colored upholstery and stitching, three-spoke steering wheel wrapped in Alcantara and some carbon fiber inserts on the dashboard and door panels.