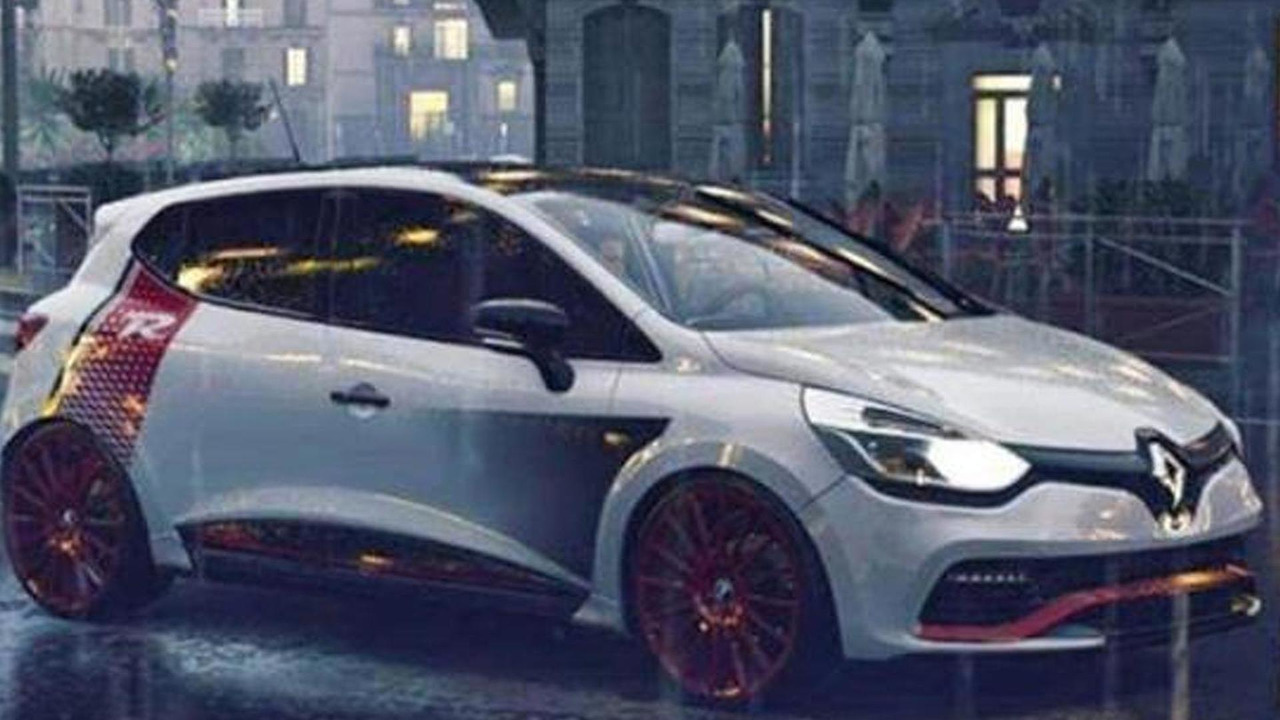 Two images depicting the Renault Clio RS Trophy have leaked to the web prior to official debut of the model during the Geneva Motor Show.

Last month the French company announced plans to introduce a mysterious new Renaultsport model in Geneva without sharing more details. It turns out the vehicle in question is the Clio RS Trophy that has been revealed in leaked images.

While nothing is still official, the pictures show a sporty hatchback with two-tone exterior and new aerodynamic details. The first picture appears to be an official image, as it shows the car has matching alloy wheels with the official teaser. The second one seems to be taken from a computer game and it probably shows the same vehicle, fitted with additional body graphics and Megane RS Trophy R-sourced multi-spoke red alloy wheels.

No details about the hot hatch are available at the moment but it could receive a manual transmission instead of the EDC automatic gearbox that is fitted in the Clio RS.