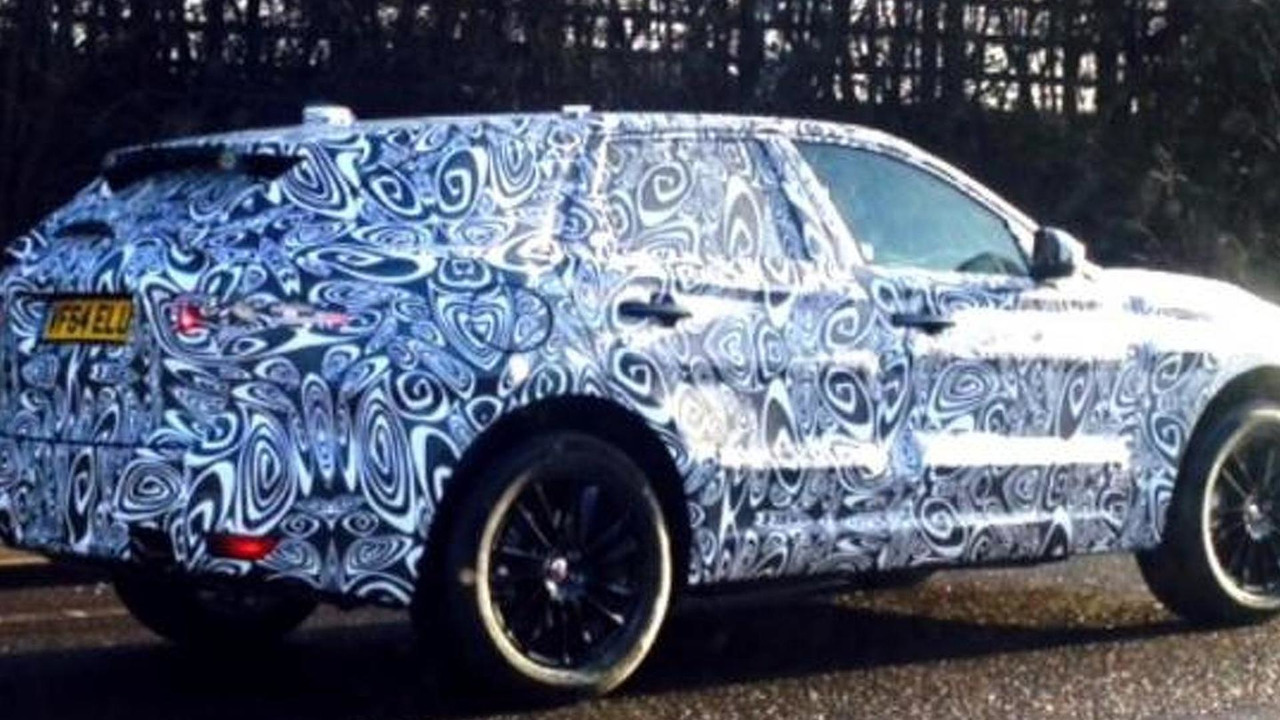 A test prototype of the Jaguar F-Pace has been recently caught on camera in the UK.

Spotted near the M42 motorway, the British SUV features a heavy camouflage hiding a sculptured slopping roof line, wraparound taillights and a small spoiler on the tailgate. There’s also and a set of multi-spoke black alloy wheels.

The production F-Pace was announced at the Detroit Motor Show earlier this year. “The ultimate practical sports car” will ride on the iQ[Al] platform that also underpins the XE. The high-riding model will also share its engine lineup with the sedan which means we can expect a range of 4-cylinder units and possibly a range-topping 3.0-liter V6 powerplat with 340 bhp (253 kW) and 332 lb-ft (450 Nm) of torque..