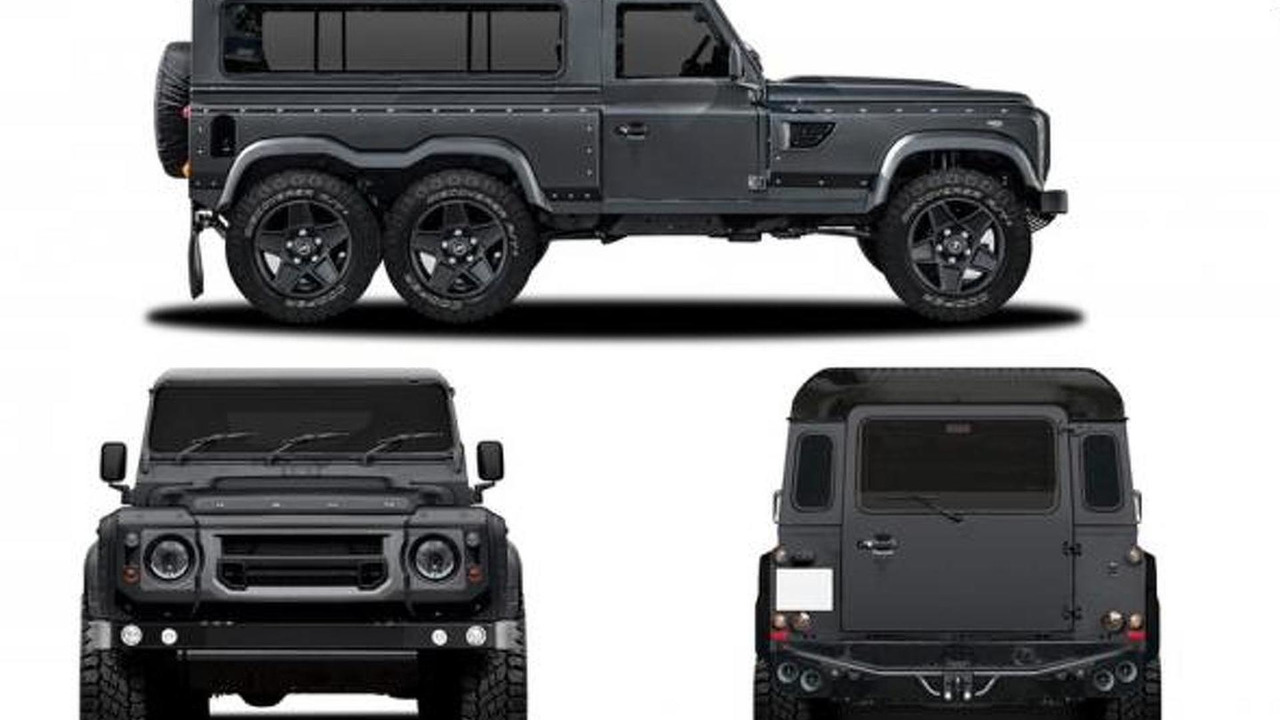 Labeled as the Flying Huntsman 110 WB 6x6 Concept, the coach-built concept from Kahn Design is based on the Land Rover Defender 110 and has been envisioned as a competitor for the Mercedes-Benz G63 AMG 6x6. The off-roader benefits from a hi-lo ratio drive system with locking differentials and upgraded suspension & braking systems. It has also received a heavy-duty chassis and can optionally be equipped with armor plating meeting B4, B6, B6+ or B7 standards.

Its heart and soul is a GM-sourced LS3 V8 6.2-liter engine developing an estimated 430 bhp (320 kW) sent to the wheels through a 6-speed automatic transmission. Compared to the standard car, Kahn Design's version comes with a 400mm extension of the hood, 800mm stretched rear cabin and it has also been widened by 150mm.

Kahn Design says the concept could go into limited production series in up to five different versions, including four- and six-wheel models in hard top and pickup configurations.