Take your pick: rugged or sporty?

The fourth-generation Ford Expedition has been around for approximately four years, so naturally, the time has come for the Blue Oval's largest SUV to get a more significant update to remain competitive. The part about being competitive is especially true now that the three-row family SUV has to do battle with the Jeep Wagoneer, which as we'll discuss below, Ford mentions in the press release quite a few times.

New for 2022 is a rugged Timberline trim to join the smaller Explorer Timberline unveiled back in May. It's more than just slapping on some plastic body cladding and calling it a day as the off-road version comes with real upgrades to enhance the SUV's all-terrain capabilities. For starters, it has a generous ground clearance of 10.6 inches, prompting Ford to say it's better than the Wagoneer's 10 inches.

The jacked-up Expedition also borrows the underbody protection from the all-conquering F-150 Raptor and the Trail Turn Assist system from the new Bronco. It sits on chunky 33-inch Goodyear Wrangler AT tires and has better approach and departure angles. The Timberline can be visually distinguished thanks to a unique front grille as well as orange exterior accents.

Power for the 2022 Expedition Timberline is provided exclusively by the 3.5-liter EcoBoost V6 engine delivering 440 hp and 510 lb-ft (692 Nm) of torque. A two-speed transfer case is included as standard equipment for what Ford describes as being the "most off-road-capable Expedition ever."

Another major novelty brought by the model year change is the Stealth Edition Performance Package. The new not-an-ST Expedition serves as a sportier take on the fullsize SUV, featuring slightly more aggressive styling and a stiffer suspension setup. It too uses the same 440-horsepower engine and can be had on the Limited and Limited Max versions.

Visual tweaks include an assortment of glossy black design accents applied onto the front grille, side mirror caps, and roof rails. The Stealth Edition Performance Package also boasts a similar dark look for the fog lamp bezels, roof rails, running boards, and headlight and taillight housings. It rides on 22-inch black wheels with contrasting red brake calipers, while the blue Ford logos round off the changes.

Aside from gaining two new members, the 2022 Expedition is next in line to receive Ford's BlueCruise hands-free highway driving system as well as the SYNC 4 infotainment system with a 12-inch display. The latter can be upgraded at an additional cost to a SYNC 4A setup, in which case the touchscreen measures a massive 15.5 inches as seen in the Mustang Mach-E.

The revamped Ford Expedition is scheduled to go on sale in the first quarter of next year.

Here's What We Had To Say About The Pre-Facelift Model: 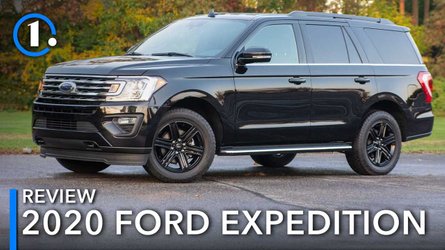 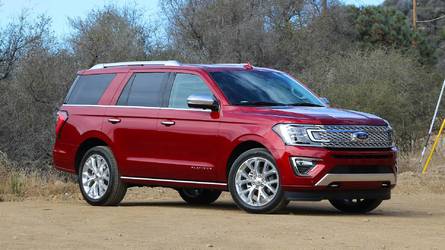