Porsche Macan Gasoline Model Likely To Be Discontinued In 2024

Meanwhile, the electric version will debut in 2022.

43,618 – that's how many Macans were delivered in the first half of the year, putting Porsche's smaller crossover in second place in terms of sales, right behind the Cayenne with 44,050 units. It's safe to say the Macan has been a veritable cash cow for the Zuffenhausen brand ever since its introduction in 2014, but the sporty crossover isn't immune to increasingly stringent emissions regulations.

Consequently, the gasoline-fueled Macan will stick around for only a few more years before Porsche will pull the proverbial plug. This isn't just some wild speculation on our part as the news comes straight from the vehicle's product line boss. In an interview with Autocar magazine, Sebastian Staiger said the model will likely be dropped in just three years' time.

Asked when the Macan will switch entirely to electric propulsion, Staiger said "Today, no final decision has been taken, but we assume that 2024 will be the year." He explained legislation plays a major role in a vehicle's life, adding "emission laws are another limiting factor." With Euro 7 due to come into effect in 2025, it's no wonder Porsche is accelerating its EV efforts by switching focus to the zero-emissions model.

Speaking of which, it will be revealed at some point next year and go on sale in 2023. It will be the first electric model to ride on the Premium Platform Electric architecture jointly developed by Porsche and Audi, with the latter working on a Q6 E-Tron also coming next year. The Four Rings are also working on a PPE-based A6 E-Tron as previewed by a namesake concept earlier this year.

Putting The S In SUV: 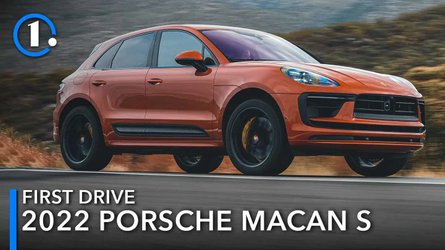 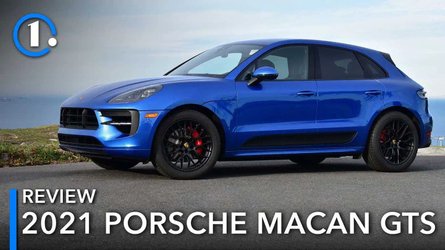 As a refresher, Porsche recently updated the gas-powered Macan with minor visual tweaks inside and out, along with a modified hierarchy as the Turbo has been dropped. Instead, GTS is now the top dog in the lineup, packing the same twin-turbo 2.9-liter V6 as the old Turbo, complete with 434 horsepower. The Macan S now takes the place of the previous GTS with 375 hp on tap, while the base four-cylinder model has been upgraded to 261 hp.

It remains to be seen whether the Macan will be updated furthermore before bidding adieu, but it's pretty obvious time is running out for the gas model as Porsche's R&D team is now channeling most of its efforts towards the upcoming EV model.