First 2022 Toyota Tundra Commercial Is A Trip Down Memory Lane

This clip brings all the feels.

You may have heard about the new Toyota Tundra. After more than a decade we finally have a new-gen Tundra that will battle the likes of the Ford F-150, Ram 1500, and Chevrolet Silverado. But before that happens, Toyota is keen to remind the world how it all began. Prepare to have your Toyota heartstrings well-and-truly pulled.

With any new-generation model comes the requisite advertising blitz, and Toyota clearly knows how to connect with enthusiasts. This minute-long commercial is an ode to everything Toyota fans cherish, starting with the first-generation 4Runner mixing it up with dirt bikes. We step further back with an old Land Cruiser then jump forward to the FJ Cruiser, but then attention turns to Tundra with a CGI representation of nurse Alynn Pierce's white Tundra blitzing through a forest fire, an act which prompted Toyota to give the hero a brand new truck.

Tundra love continues with an emphasis on power, revisiting the time the pickup towed the Space Shuttle Endeavor in California. Setting aside torque for horsepower, we see NASCAR-spec Tundras racing side-by-side with screaming V8 engines. And just when you think it's all about the future, we go back to the past with Marty McFly's Toyota 4x4, recreating the drag race scene from the end of Back to the Future III, albeit on dirt. Sticking with celebrities, we see a representation of wildlife hero Steve Irwin's Toyota truck running with kangaroos. The trip down memory lane ends with a biblical jump in a Baja racer. 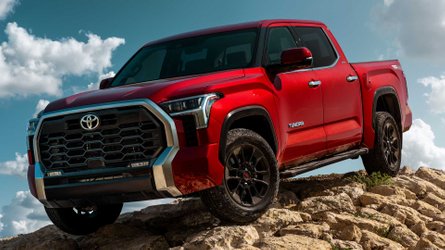 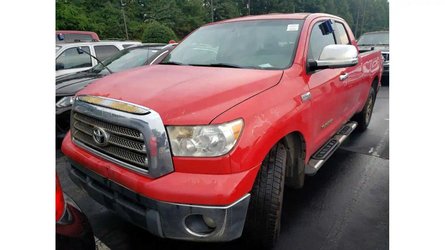 Will the new Tundra live up to all that? With a twin-turbocharged V6 dishing out up to 437 horsepower (326 kilowatts) in hybrid trim, the reborn pickup certainly is hurting for power. With a positively massive grille that extends all the way to the base of the fascia, it's not hurting for attention, either. Whether or not buyers respond remains to be seen, as the 2022 Tundra won't reach dealerships until the end of the year.