Land Rover is already showing the current-generation Range Rover Sport the door while batches of spy shots preview what the automaker has coming next. The latest preview is a video from the Automotive Mike YouTube channel that captured the model's performance-oriented SVR trim testing on the Nurburgring race track and on the roads surrounding it.

The SUV remains covered in a full-body camouflage wrap, revealing little, but the video does allow us to hear the exhaust note. It's a deep, familiar bellow that is audible, though road noise and background sounds make it difficult to hear well.

The rumble should be coming from a BMW-sourced 4.4-liter twin-turbocharged V8 engine. Rumors suggest the third-gen Range Rover Sport SVR could deliver around 600 horsepower (447 kilowatts). The current SVR produces 575 hp (428 kW),  and the new engine should have no trouble leapfrogging it as the engine makes 625 hp (466 kW) in the BMW X5 M Competition.

The SVR's V8 will be the top engine to get as the regular Sport is expected to arrive with a 48-volt mild-hybrid powertrain. A fully electric version and a plug-in hybrid are also expected. 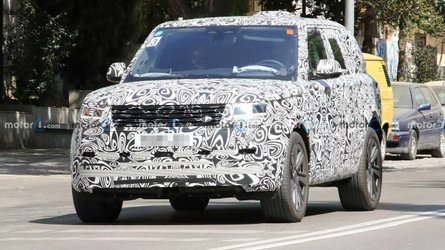 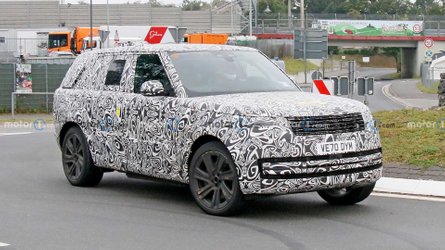 The camouflage covers the SUV's sportier styling elements, though it's impossible to hide certain SVR trademarks. The SVR sits a bit lower than the standard model, thanks to a unique suspension. The SUV also receives bigger brakes and quad exhaust pipes, which look different from those spotted on the previous test vehicle.

We haven't seen the Range Rover Sport's interior, though we expect it to look like the match the one that’ll be offered in the redesigned Range Rover. The two ride on the automaker's Modular Longitudinal Architecture platform. Land Rover hasn't indicated when it will reveal the new Range Rover Sport, but we expect a late 2022 debut before it goes on sale for the 2023 model year.