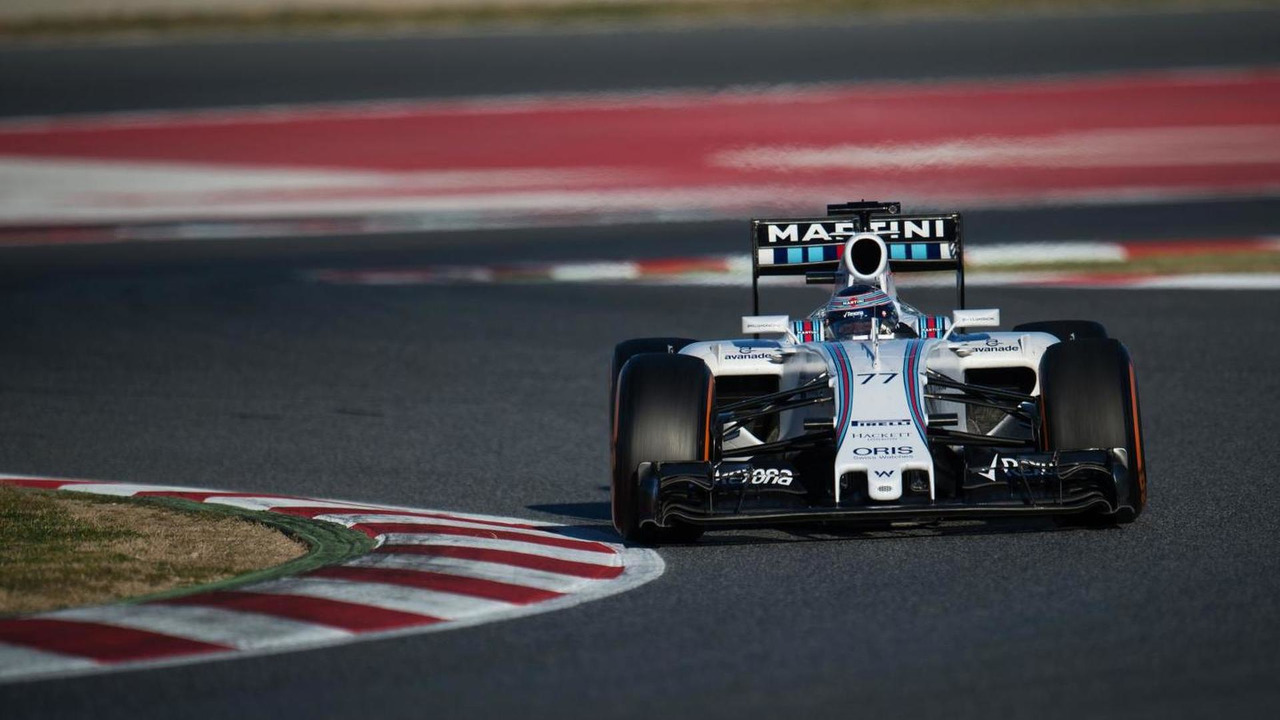 Williams has the fastest car in 2015.That is not the finding of the stopwatch, but the speedtrap at the Barcelona test last week.Valtteri Bottas\' top speed of 337.5kph on the front straight demonstra

Williams has the fastest car in 2015.

That is not the finding of the stopwatch, but the speedtrap at the Barcelona test last week.

Valtteri Bottas' top speed of 337.5kph on the front straight demonstrated not only the power of the Mercedes engine, but the low drag of the FW37 car.

"Last year we were the slowest on the straight," Pastor Maldonado grinned to Germany's Auto Motor und Sport, "and now we are at the front.

"This shows that we now have a completely different car."

Ferrari, however, has also made progress in the horse power department since 2014, with customer Sauber the third quickest car in a straight line at the Circuit de Catalunya with its 335.4kph.

Renault, on the other hand, may still be struggling, despite Speed Week reporting that a 60-75 horse power deficit last year might have been cut in half.

But the fastest French-powered car in Barcelona was the Toro Rosso, at 330kph, while the works Red Bull was dead last with its 325kph.

Dr Helmut Marko insisted: "Measure us in the slow corners and we are the best."

In top speed, however, Red Bull-Renault was beaten even by the F1 newcomer McLaren-Honda, whose top speed of 326kph is a surprise compared to the works Mercedes' 327, putting it behind the works Ferrari.

"Either Mercedes is not yet at full power," read the German media report, "or its engineers have put everything into downforce."

Indeed, Sauber is not necessarily celebrating its 'podium' placing on the top speed charts, with an engineer admitting: "It could mean that we are missing some downforce."
++