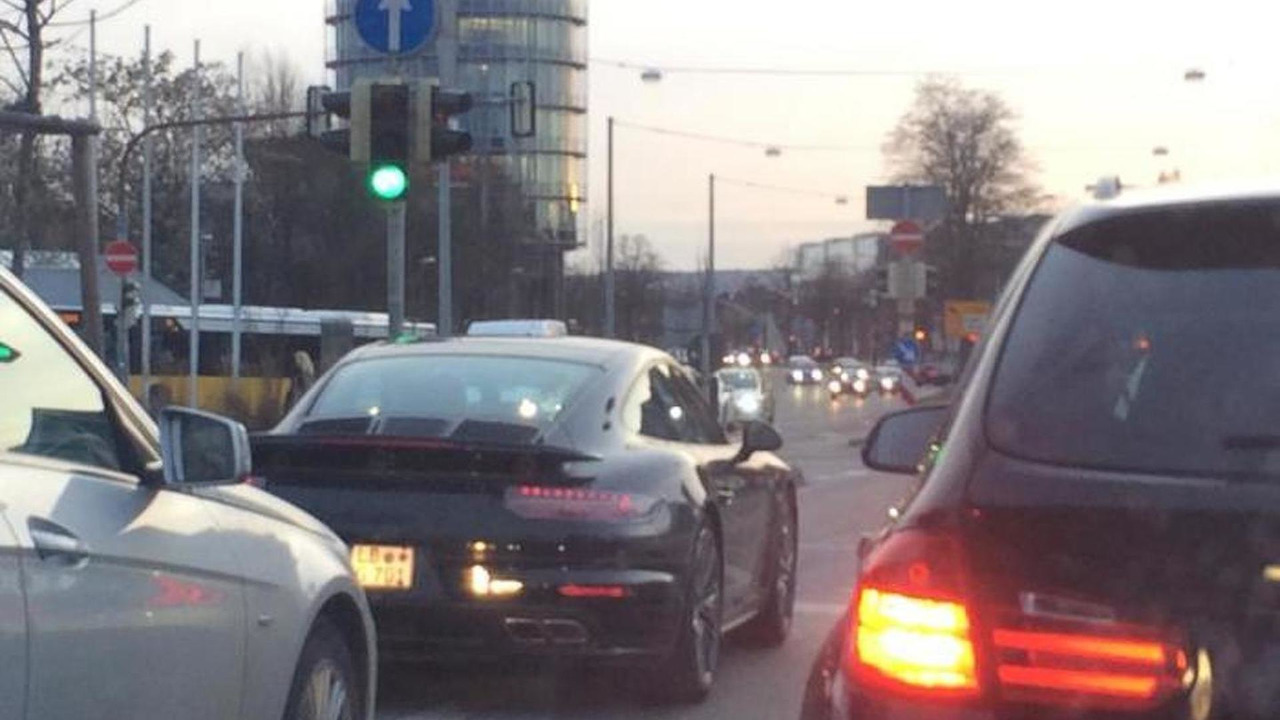 A thinly camouflaged prototype of the facelifted Porsche 911 Turbo has been spied while undergoing tests.

Last week we showed you pictures of several 911 prototypes and now we have a spy photo of the Turbo version to share. The photographed machine seems to be close to its final production design as the only camouflaged details are the taillights.

Compared to the current 911 Turbo, the test vehicle features redesigned gills on the hood, reshaped tailpipes and what appears to be a new design for the lights. Chances are the lower part of the rear bumper will also get a different shape, judging by the small reflector on the right side.