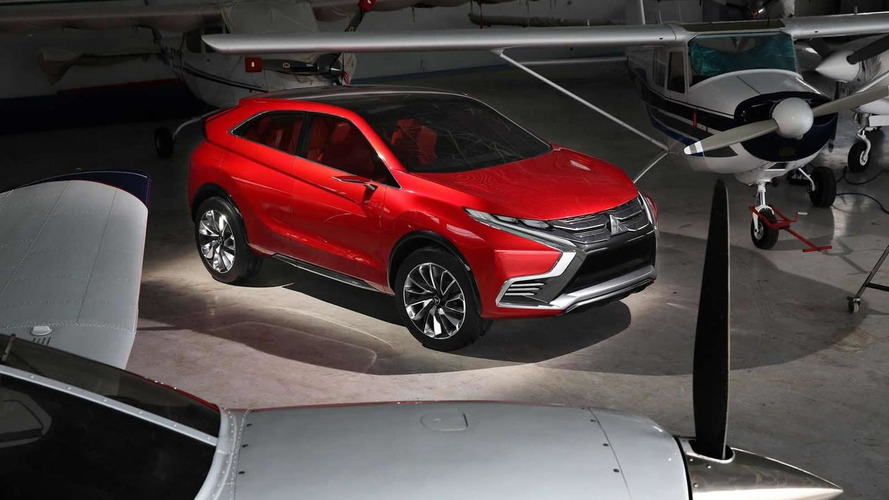 Mitsubishi has released a render with the Concept XR-PHEV II set to debut next week at the Geneva Motor Show.

Mitsubishi has released a render with the Concept XR-PHEV II set to debut next week at the Geneva Motor Show.

This isn't actually an all-new concept as it represents an evolution of the original XR-PHEV concept unveiled in November 2013 at the Tokyo Motor Show. The design differences are not very visible at a first glance but upon closer inspection you will notice the lower front grill now has a trapezoidal shape and is flanked by air vents with chrome gills. The concept has also gained slightly different headlights and wheels, revised upper grille and also boasts door-mounted cameras. More significant changes have occurred at the back which now appears to mimic the revised front fascia.

The front-wheel drive plug-in hybrid electric vehicle (PHEV) mixes up a conventional combustion engine with a newly developed 163 HP electric motor/generator and a 12 kWh battery - with all the hardware installed at the front. This setup grants the "urban crossover" with "high power and high torque" while remaining very frugal as CO2 emissions stand at less than 40 g/km.

The Mitsubishi Concept XR-PHEV II can automatically switch from an all-electric mode to series hybrid or parallel hybrid depending on driving conditions and battery level. The driver can also manually select the driving mode by opting for either Battery Save or Battery Charge.

The four-seater concept is 4490mm long, 1890mm wide and 1620mm tall, with a 2670mm wheelbase and according to Mitsubishi it previews a second production PHEV after the Outlander PHEV .

The concept will be displayed in Geneva starting March 3 alongside the Euro-spec L200 .