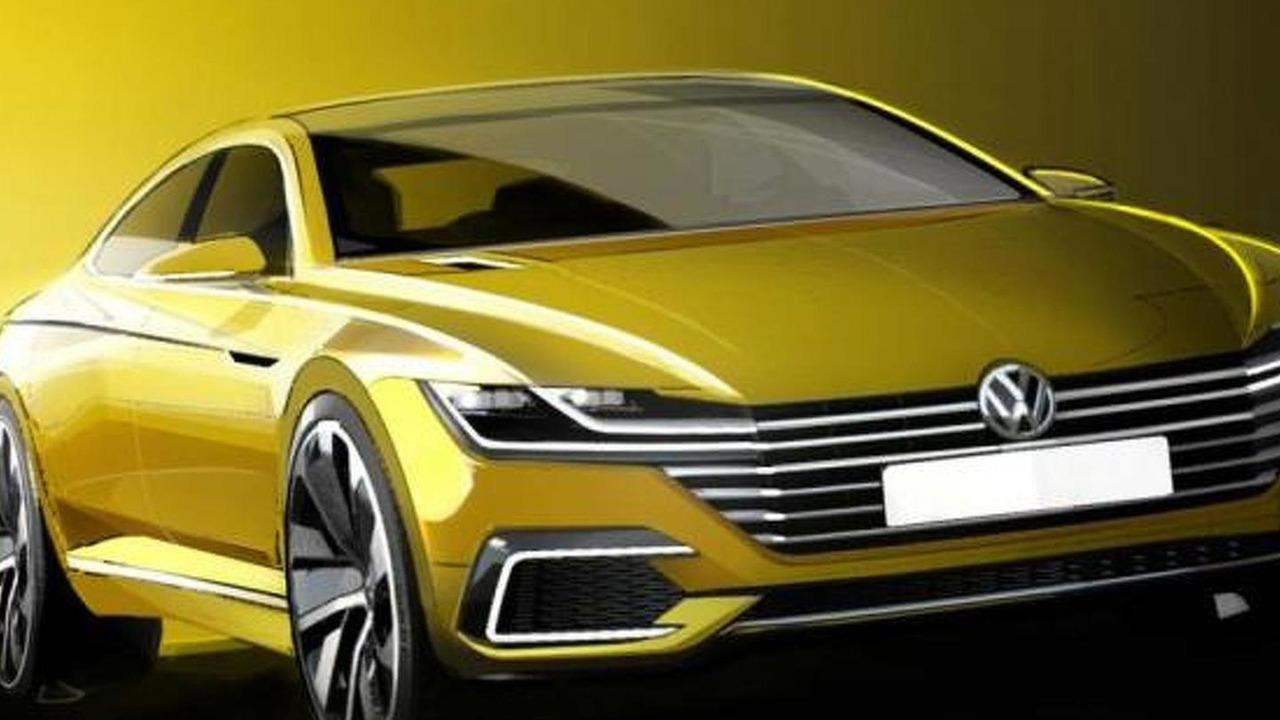 Volkswagen has released a couple design sketches depicting a new concept which will premiere next week in Geneva.

Volkswagen has released a couple design sketches depicting a new concept which will premiere next week in Geneva.

Back in October last year, Volkswagen confirmed plans for a new Passat-based CC and about a month ago a rumor emerged about the possibility of seeing a preview concept at the Geneva Motor Show. It seems this will actually happen as Auto Express has obtained two official design sketches of the concept which doesn’t have a name yet.

The sleek "four-door coupe" is obviously an early sign of the next generation CC which will likely be out in 2017. It follows the same recipe as the current model, featuring a more dramatic roofline compared to the regular Passat.

Without going too much into details, Volkswagen has said the concept boasts an "innovative four-wheel drive system" receiving power from a turbocharged gasoline engine working together with two electric motors. Chances are the hardware setup will represent an evolution of the Passat GTE which combines a 1.4 TSI engine with a single electric motor to provide a combined output of 218 HP (160 kW) sent to the wheels through a 6-speed dual-clutch automatic gearbox.

More details should be released in the following days, prior to a public debut set for March 3 at the Geneva Motor Show.