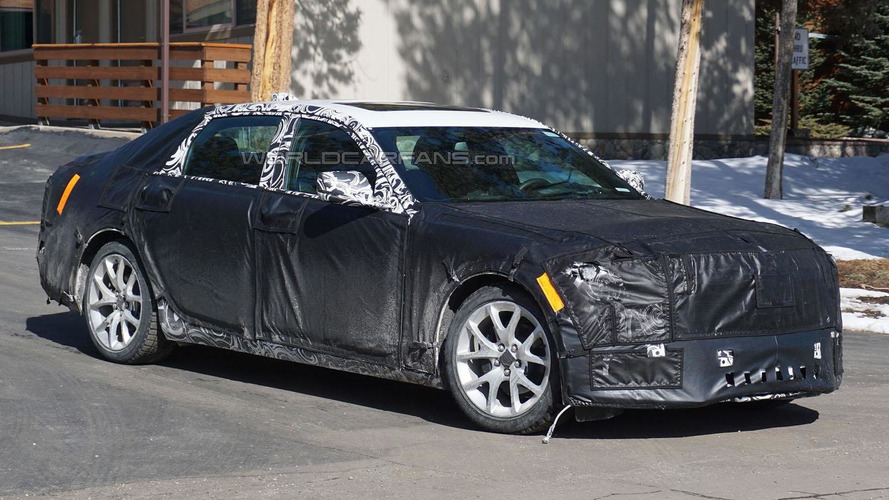 The 2016 Cadillac CT6 has been spied undergoing testing in the United States.

The 2016 Cadillac CT6 has been spied undergoing testing in the United States.

Since the model was teased during yesterday's Oscars presentation, we'll skip over the styling details and delve into the engine lineup which Cadillac CEO Johan de Nysschen just confirmed today.

While de Nysschen was coy on specifics, he revealed the entry-level CT6 will be powered by a turbocharged 2.0-liter four-cylinder engine during an Ask Me Anything event with Jalopnik this morning.  The executive didn't mention performance specifications but the engine produces 272 bhp (202 kW) and 295 lb-ft (399 Nm) of torque in the ATS and CTS.

More interestingly, de Nysschen also confirmed the model will be offered with a twin-turbo V6 and a twin-turbo V8.  Little is known about the latter engine but the company's twin-turbo 3.6-liter V6 produces between 410 bhp (305 kW) and 455 bhp (339 kW) - depending on application.