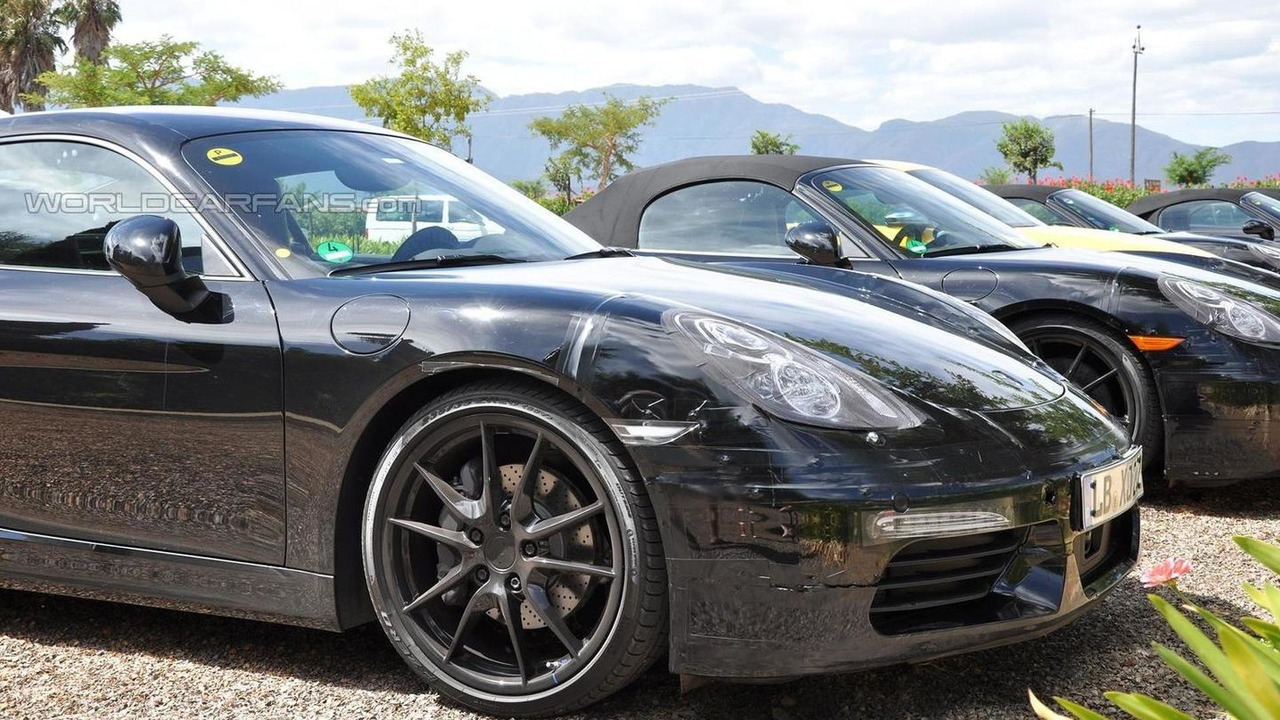 A WCF reader has sent us several spy shots showing the facelifted Porsche Boxster and Cayman.

A WCF reader has sent us several spy shots showing the facelifted Porsche Boxster and Cayman.

Brought to you by the same reader who spotted the Boxster Spyder and a bunch of 911s, these latest spy shots from South Africa depict prototypes of the Boxster and Cayman facelift ahead of an official reveal likely scheduled for the second half of the year. Judging by the light amount of disguise, the cars will come with subtle revisions to the headlight & taillights graphics and a few updates to both bumpers.

While the styling will obviously remain instantly recognizable as you would expect from a Porsche, some big changes could be planned in the engine bay. The firm's head of Research and Development Wolfgang Hatz has recently disclosed they are "working hard" on new turbocharged flat-four engines which could power the base versions of the Boxster & Cayman duo.

However, Porsche could decide to wait until the next-gen models to implement this new engine lineup which according to CAR will reportedly start with a 1.6-liter developing 210 bhp (156 kW) although this seems rather low. The same report mentions the mid-range 2.0-liter engine will generate 286 bhp (213 kW) while the larger 2.5-liter should produce 360 bhp (268 kW).

We remind you that back in December last year Porsche canceled development of an entry-level 718 model and chances are the four-cylinder Boxster and Cayman will fulfill this role.