Toyota Auris gets a minor facelift 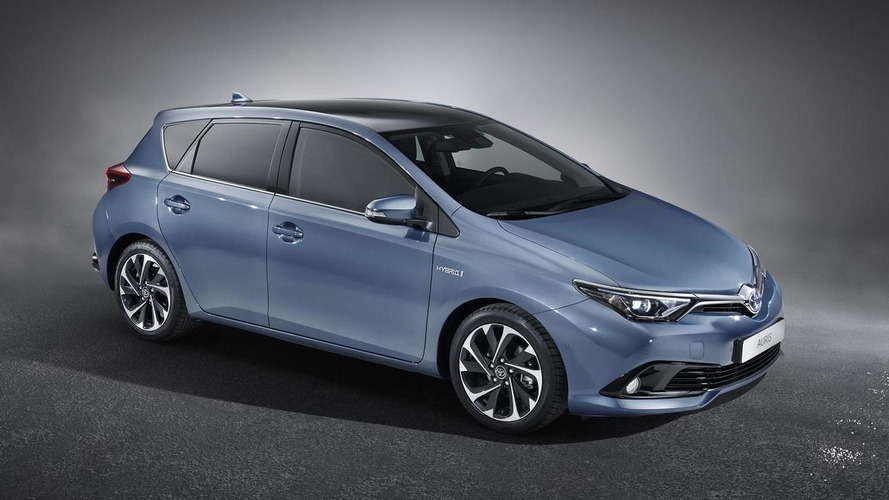 Toyota has released preliminary details and images with the 2015 Auris facelift scheduled to debut next week at the Geneva Motor Show.

Toyota has released preliminary details and images with the 2015 Auris facelift scheduled to debut next week at the Geneva Motor Show.

The front fascia has received a series of cosmetic tweaks noticeable in the grille, sharper headlights and a reworked bumper. There’s no image available right now with the rear end but expect different graphics for the taillights and maybe a refreshed bumper.

Toyota has published an image with the interior cabin which keeps the rather conservative and dull look but with some glossy black accents on the dashboard, different air vents while the old-school clock has been repositioned to the right of the larger touchscreen display. There should also be some new upholstery options and other minor tweaks to keep the model fresh in the highly competitive compact segment.

Without going into details, Toyota says the 2015 Auris facelift hatchback and wagon will be offered with "new and improved" gasoline and diesel engines sitting alongside the hybrid version depicted in these images.

The revised Auris will premiere next week at the Geneva Motor Show where it will be exhibited alongside the Avensis facelift. Chances are the Auris lineup will gain a third member later this year in the form of an Auris Cross (name not confirmed) which will come with an increased ride height, plastic body cladding and possibly an optional all-wheel drive system.