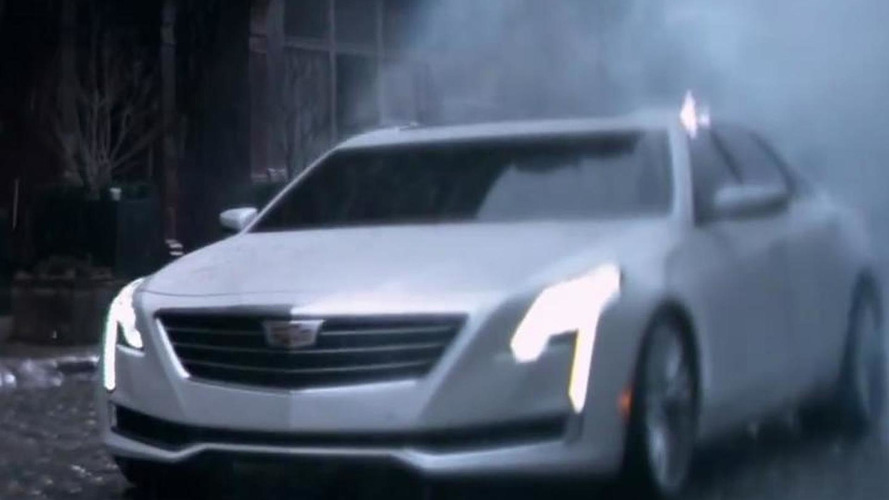 The 2016 Cadillac CT6 has made a brief appearance last night in a new ad which aired during the 2015 Oscars.

The 2016 Cadillac CT6 has made a brief appearance last night in a new ad which aired during the 2015 Oscars.

The sixty-second spot called "The Daring: No Regrets" shows a white CT6 looking more refined and upscale than the CTS and also considerably larger in both length and width. Helping Cadillac to "reinvent itself", the new flagship model will be revealed in full on March 31 before heading to the New York Auto Show.

It will go on sale in the fourth quarter of 2015 and will be built at the Detroit-Hamtramck Assembly plant in Michigan where Cadillac is investing $300 million. The new CT6 will benefit from a multi-material structure which should enable a lightweight construction allowing the model to weigh roughly the same as the CTS (3,700 - 4,100 lbs).

Power for the CT6 (Cadillac Tourer 6) could come from a newly developed V8 engine sitting alongside the usual six-cylinder motors. Inside the cabin it will boast a “streaming video mirror” with a 1280 by 240 pixel TFT-LCD display which will improve the field of vision by about 300 percent.

More details about the Cadillac CT6 will likely be released in the weeks to come.