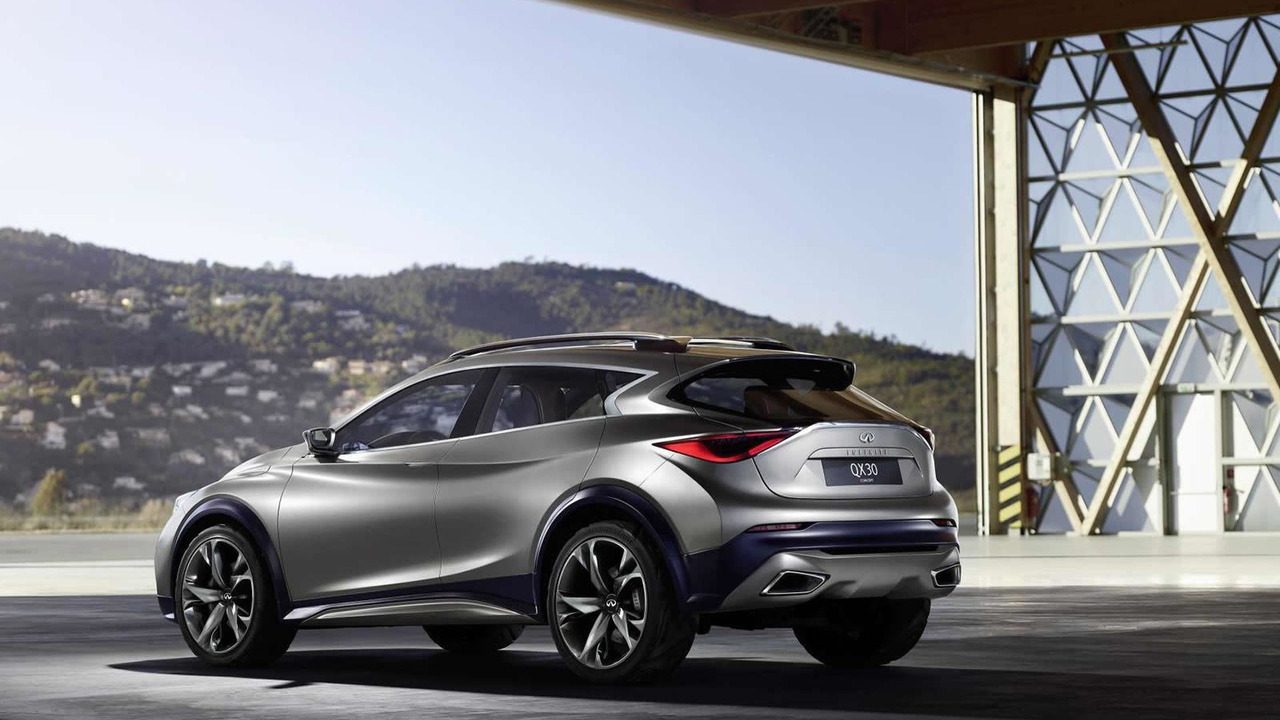 After releasing a teaser at the beginning of the month, Infiniti has published a revealing image with the QX30 concept.

After releasing a teaser at the beginning of the month, Infiniti has published a revealing image with the QX30 concept.

Back in 2013 at the Frankfurt Motor Show, Infiniti introduced the Q30 hatchback concept and now they are just about ready to show its crossover sibling which sits 30mm higher. Both cars will utilize Mercedes-Benz's MFA platform so will have a lot in common with the A-Class and GLA, respectively. Nissan's premium marque plans to launch both cars later this year likely with the same array of four-cylinder gasoline and diesel engines sending their power to the front wheels or to an optional AWD system

As you would expect from a concept, it rides on a set of oversized 21-inch alloy wheels with three-dimensional milled aluminum spokes that have different shades. It also benefits from roof rails flanking a glass roof, carbon fiber in the lower cladding while the rear end hosts a sculpted skid plate.

The Infiniti QX30 concept will premiere on March 3 at the Geneva Motor Show. The production versions of both concepts will be introduced in the months to come, with assembly set to take place at Nissan's factory in Sunderland.