Maybe a Bronco Warthog is happening, too?

A user on the Bronco 6G forum was looking at the Ford ordering system and found confirmation that the Bronco Raptor was coming for the 2022 model year. The listing shows two trim levels: a base grade and one that comes with the Lux equipment package.

The person posting the info indicates that the Raptor only shows up as a four-door. This fits with the spy shots and videos of the vehicle's development that don't show the model has a two-door.

The listing in the system confirms the new Eruption Green and Hot Pepper Red exterior color options and lists the previously unknown Code Orange. This might be a Bronco Raptor-exclusive shade because the paint is already available on the F-150 Raptor but not other grades of the performance truck.

Get Ready For Bronco Raptor: 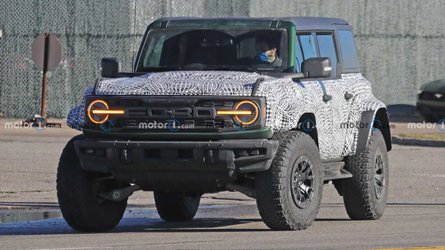 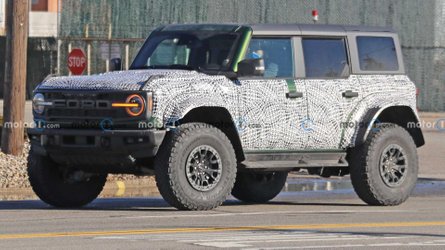 If the Bronco Raptor is really coming for the 2022 model year, then sales should start by the first half of next year and possibly even earlier. Although, Ford has such a massive backlog of regular Bronco orders that adding more demand might pose a manufacturing challenge.

Oddly, the rumors of a Bronco Warthog model might also be accurate. According to the poster, there's a listing with Warthog in parentheses for a vinyl seat option. It might just be a completely separate trim or option package from the Raptor.

The ordering system also lists a new Everglades model but with no details about it. Ford filed a trademark for the name in 2020.