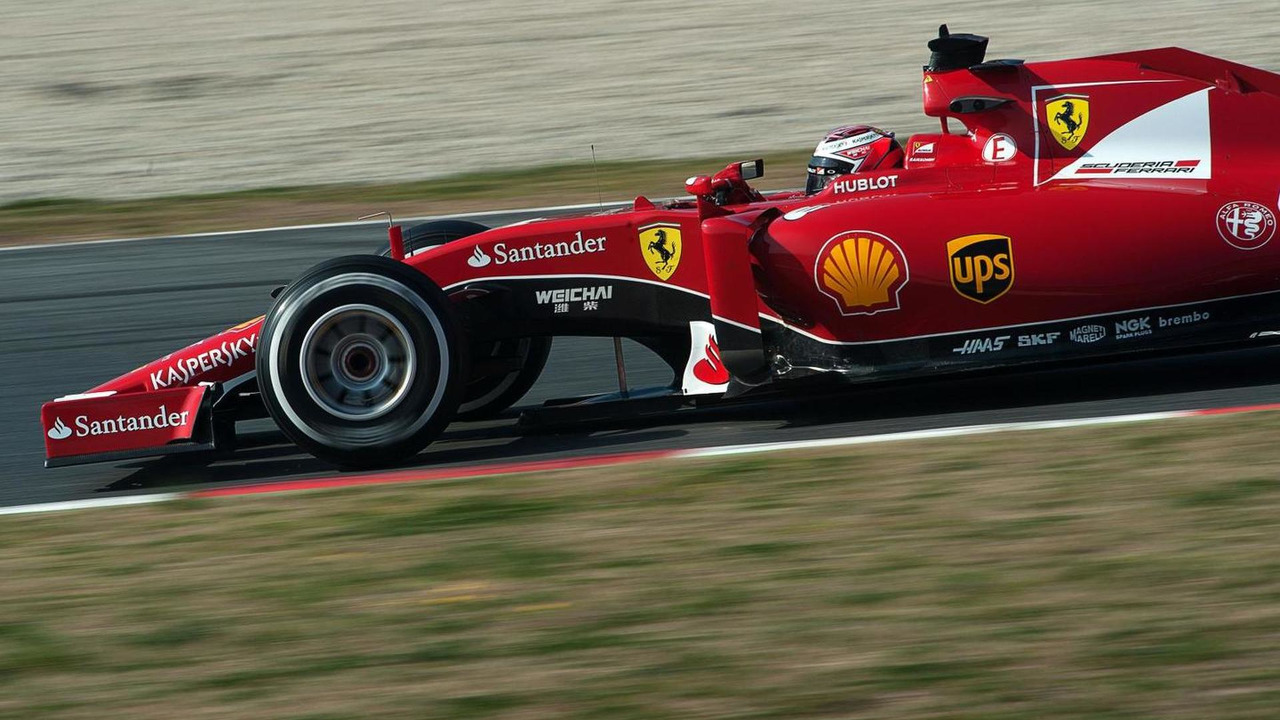 Ferrari's new boss is not changing his targets for the 2015 season, despite a strong showing in winter testing for the fabled team. Before the SF15-T emerged with consistently chart-topping pace at ...

Ferrari's new boss is not changing his targets for the 2015 season, despite a strong showing in winter testing for the fabled team.

Before the SF15-T emerged with consistently chart-topping pace at the Jerez and Barcelona tests, Maurizio Arrivabene - newly arrived at Maranello in the wake of the disappointment and calamity of 2014 - said he would be satisfied if Sebastian Vettel and Kimi Raikkonen win once or twice.

Introducing himself to F1 reporters at the Circuit de Catalunya on Friday, and faced with the perception that Ferrari has been the surprise of the winter, the former Marlboro executive insisted: "I do not believe in the winter world championship.

"The car is a step forward compared to last year, nevertheless we keep our feet on the ground and will not say now that we will take on Mercedes for the world title," he is quoted by Germany's Auto Motor und Sport.

In contrast to the now departed Marco Mattiacci, who said little, Arrivabene is a breath of fresh air, and it seems to have infected the moods of all those wearing red.

"We are a team again," he insisted. "Without politics. All marching in the same direction."

Arrivabene used the usually reticent Kimi Raikkonen as an example, revealing: "He talks, he laughs! I asked him 'Are you sick?'

"Last year he did not get along with the car because the front (of the car) was not what he liked. But that is different with the new car.

"Whoever thinks that Kimi has become a discontinued model overnight, is mistaken," he insisted.

Notwithstanding the new enthusiasm, and an apparently very fast car, Ferrari's new chief is not getting carried away.

"Two wins would be good," he said, "three perfect, and four - I would run 100 kilometres to Maranello. Barefoot."

As for the high-profile signing of Sebastian Vettel to replace former number 1 Fernando Alonso, Arrivabene admits it was not easy to convince the German.

"Our sponsor Philip Morris wanted him after it became clear that Alonso is leaving," the Italian revealed.

"But Sebastian had his doubts. He talked to the manager of Michael Schumacher, to find out how the Ferrari family ticks.