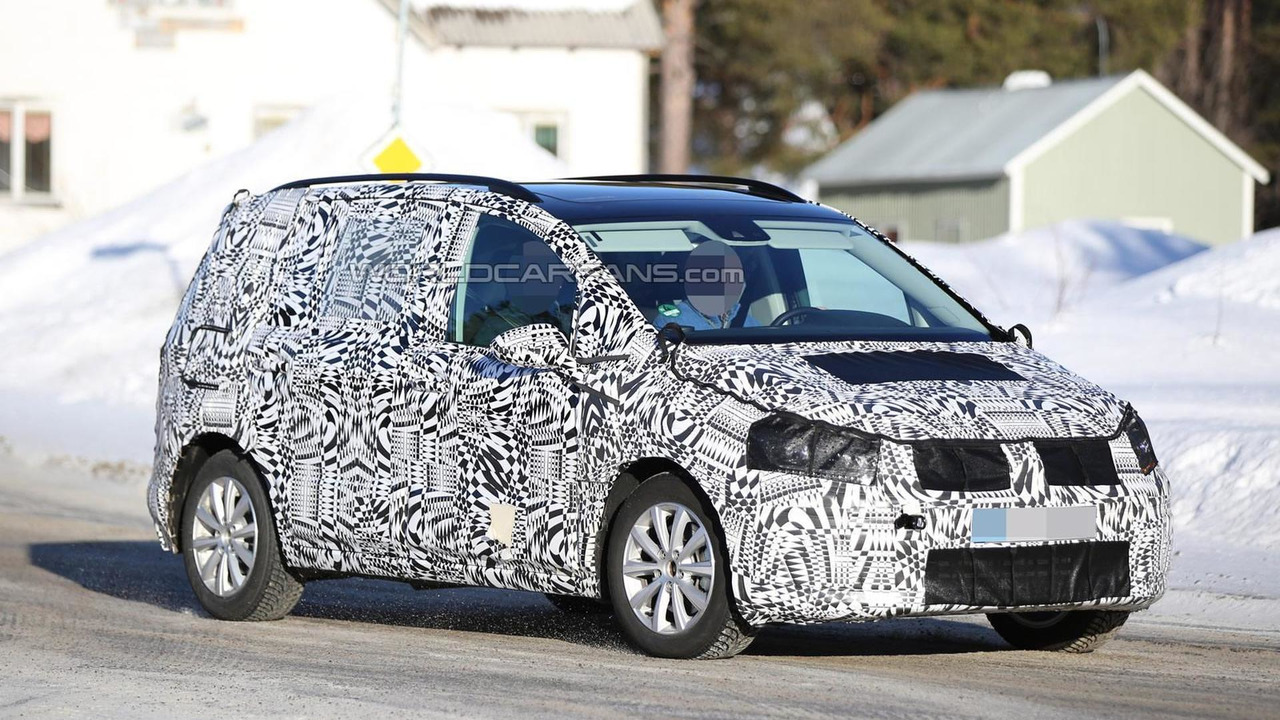 The next generation Volkswagen Touran has been spied yet again stubbornly wearing a full body camouflage.

The next generation Volkswagen Touran has been spied yet again stubbornly wearing a full body camouflage.

Even though some are suggesting the new compact MPV will debut in Geneva in less than two weeks, the spotted prototype still had a full disguise which could indicate the official reveal will in fact occur in September at the Frankfurt Motor Show. This makes sense since Volkswagen will bring to next month's Geneva show the bigger Sharan facelift so there’s no point of showcasing both of them.

Despite the heavy amount of camo, it's not that hard to imagine how the new Touran will look like since it will probably boast a more angular design to enable a sharper styling while maintaining the boxy shape to grant a spacious and versatile interior cabin, crucial for a people carrier.

More importantly, the all-new Volkswagen Touran will ride on the MQB platform and as a consequence it should drop around 100 kg (220 lbs). Engine lineup will be sourced from the Golf so expect the familiar array of turbocharged four-cylinder gasoline and diesel engines, with some of them paired to an optional 4MOTION all-wheel drive system.

Volkswagen could be cooking up a Cross/Alltrack Touran with an increased ride height, standard AWD and plastic body cladding. However, this derivative won't be available from day one so it will join the range likely in 2016, at the earliest.