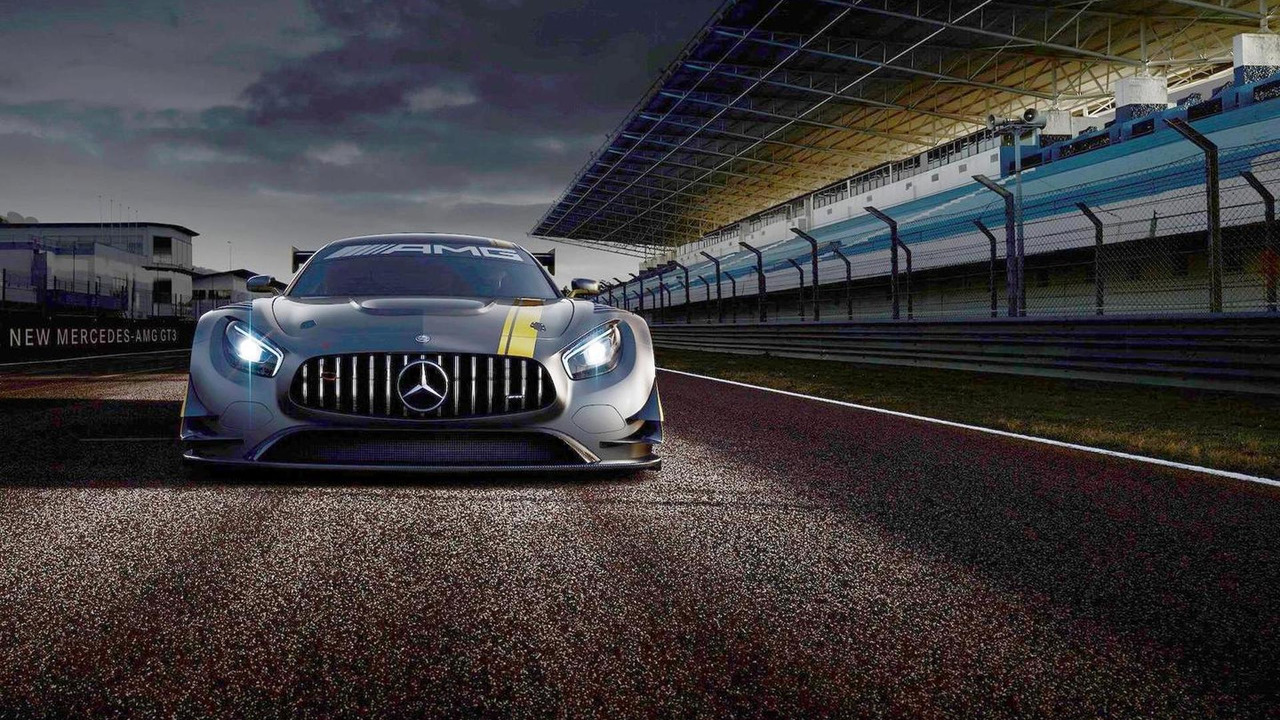 Mercedes-AMG has released a more revealing teaser image of the upcoming GT3.

Set to make a world debut during the Geneva Motor Show in less than two weeks, the model will serve as a replacement for the SLS AMG GT3. The German manufacturer says it is “getting closer and closer, prowling in the dark until its unveiling” in Geneva.

In addition to the wider body, the GT3 will feature a modified front end with bigger radiator grille and redesigned bumper with new gills and lower mesh grille. After its premiere in Switzerland, the vehicle will undergo an “intense testing and development period”, before hitting the track next year.

Note: We adjusted the exposure of the image to reveal more details.