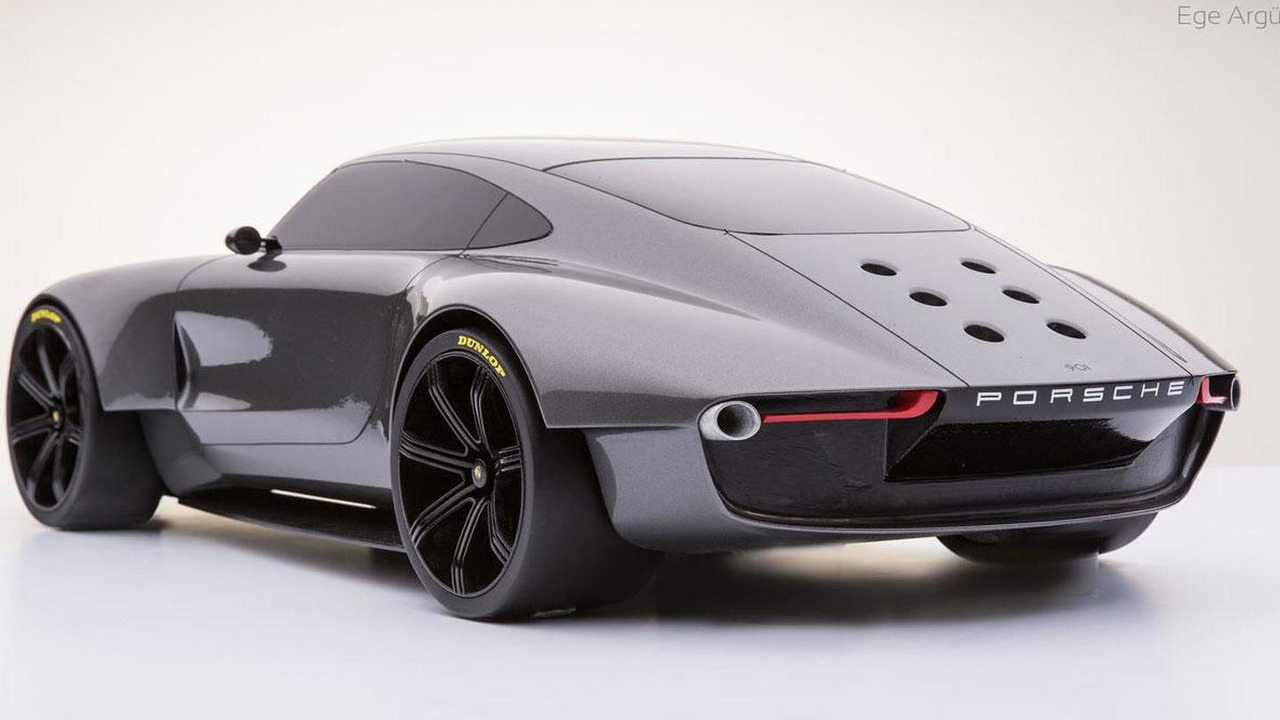 Designer Ege Arguden from Istanbul, Turkey created these renders of a Porsche 901 concept to reimagine the iconic 911 model from Stuttgart.

Designer Ege Arguden from Istanbul, Turkey created these renders of a Porsche 901 concept to reimagine the iconic 911 model from Stuttgart.

The attached digital interpretations represent an attempt to reenact the minimalism and compactness of the first generation 911. As a consequence, the 901 concept is only 4300mm long which makes it almost 200mm shorter than the current 991 generation and just about the same length as the original 911 (4290mm). As the author describes it, being shorter it enables the vehicle to have a "nimble, essential look and pure character focused on offering an untamed driving experience."

After spending "many hours to achieve the right 911 silhouette", designer Ege Arguden went for an "organic shape" with round headlights and round intakes in the engine lid reminiscent with the early RSR models. Underneath the taillights are big openings granting additional cooling to the engine and these also have a visual role as the exhaust headers glow when running hot.

The project was developed during his term at the Art Center College of Design in Pasadena, California which he graduated from last fall.

Gallery: Porsche 901 concept render is a stunning tribute to the legendary 911