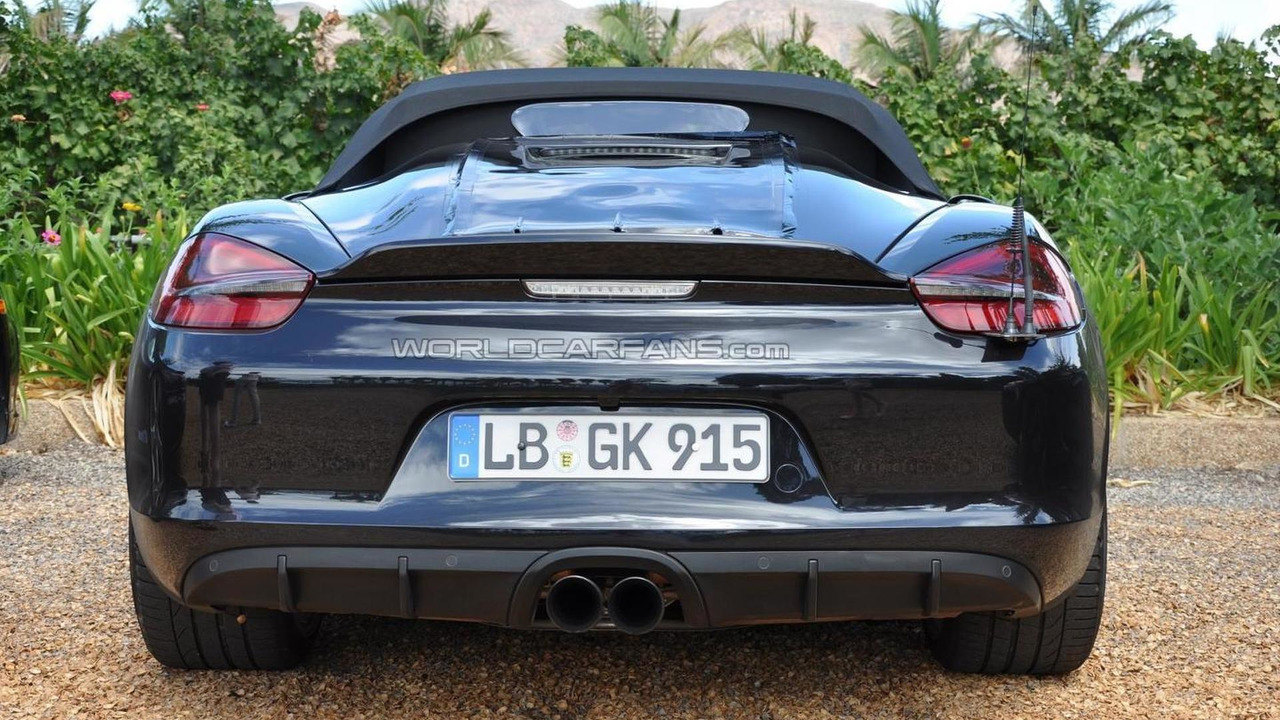 A WCF reader has sent us a batch of spy images depicting what appears to be the Porsche Boxster Spyder.

A WCF reader has sent us a batch of spy images depicting what appears to be the Porsche Boxster Spyder.

Porsche has already confirmed its mainstream operation division is cooking up a more powerful Boxster to sit above the GTS and chances are the model in question is depicted in the attached images. It won't be as hardcore as the 385 HP Cayman GT4 but nevertheless we should expect a seriously fast car taking into account it will be lighter the aforementioned GTS.

It will likely be called the Boxster Spyder as a connection to the namesake model launched back in 2010 which came with more power in a lighter package. However, the latest gossip says there isn't going to be a bump in output so expect the flat-six 3.4-liter boxer engine to pack the same 330 HP & 370 Nm as in the GTS.

Lighter than the 1,345 kg Boxster GTS, the new Spyder version will also boast a different soft top, a slightly more aggressive body with an additional air intake at the base of the hood. Chassis tweaks, beefier brakes and a lowered ride height are probably part of the package for the range-topping Boxster likely coming out together with the facelifted regular model due later this year.

Special thanks go to Wood for sending us the pics!