There's a good reason there are separate tires for EVs.

Whether you like it or not, green motoring, courtesy of EVs, is becoming popular and sales numbers are out there to prove that. This popularity also comes with more products to support them, such as tires which are engineered differently for the cars lacking tailpipes.

But what are the differences, really? While there are many written claims about their differences, one tire reviewer on YouTube called Tyre Reviews attempted to do some real-world testing to see the advantages first-hand.

First, the constants. Tyre Reviews used an Audi E-Tron as its testbed for the tires. The E-Tron is equipped with a set of 22-inch wheels. Accompanying the massive wheels are two sets of Hankook Ventus S1 Evo3 tires – one for non-EV SUVs, the other made specifically for EVs.

After the tests, the reviewer noticed that handling has improved noticeablyy with the EV tires. The car reacted better, becoming more linear and more predictable. Despite the weight differences, though, traction wasn't greatly affected but braking was, with the EV tires employing 8 percent shorter braking distance versus the non-EV tires.

In terms of comfort, both the non-EV and EV tires have similar levels of comfort, especially in tackling potholes and road imperfections.

Noise suppression, however, was very different. Because of the EV tires' foam matting and different tread patterns, tire noise was greatly reduced resulting in a very huge improvement in terms of noise level reduction. 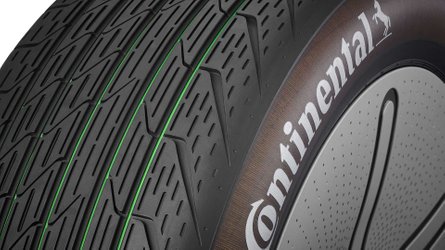 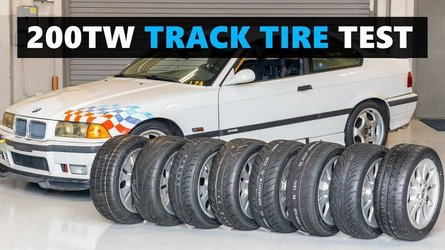 And of course, probably the most important was range and energy efficiency. As expected, the use of EV tires resulted in a better range. In the tests, the Tyre Reviews discovered up to 9 percent improvement in range or around 25 to 30 extra miles. Of note, range was tested with unavoidable variances but as mentioned in the video, it was tested late at night on the highway running around 50 to 60 miles per hour on a 56.4-mile loop.

Does this test change your notion about EV tires and EVs in general? Let us know your thoughts below.