2017 Chrysler Town & Country spied inside & out 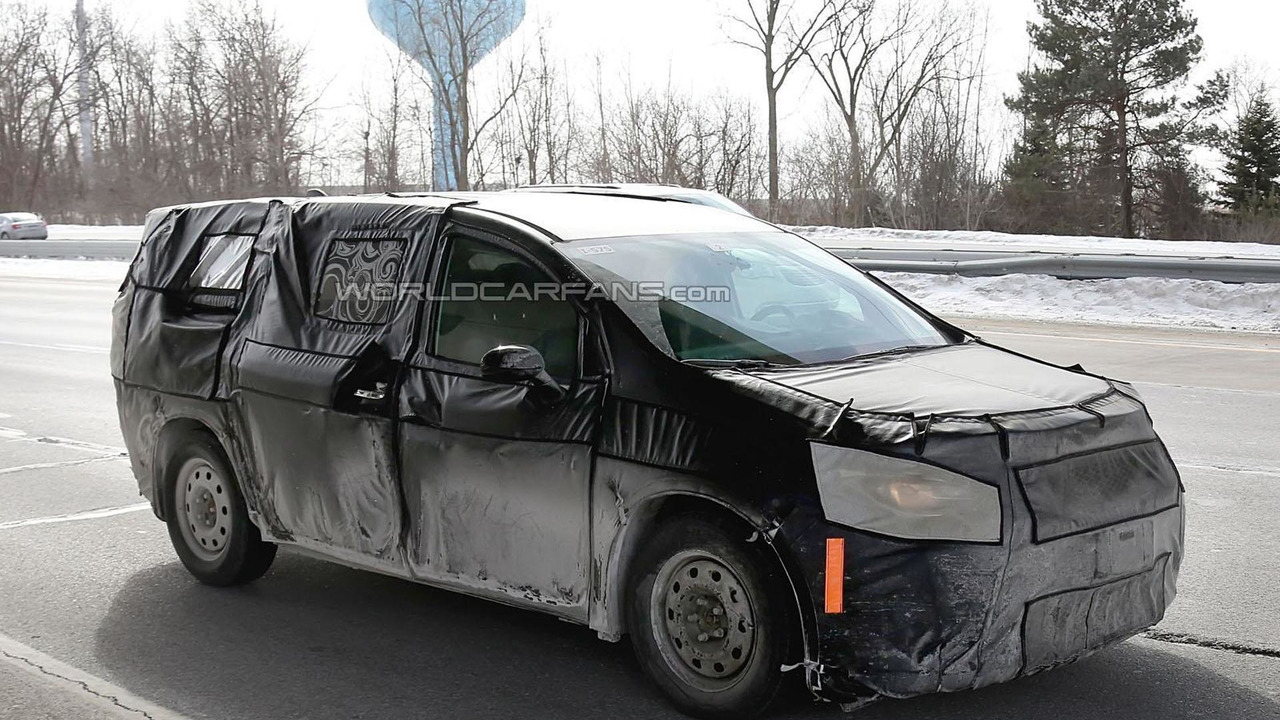 The 2017 Chrysler Town & Country has been spied undergoing testing in the United States.

Dressed in heavily camouflage, the redesigned minivan has a new front fascia that is heavily inspired by the Chrysler 200. Additional styling details are hard to make out but we can see door-mounted mirrors and a less boxy shape. There are also some parts from the Dodge Durango that suggest this prototype isn't completely finished.

The interior photos are more revealing as we can see higher quality materials and an improved design. Notable highlights include a new multi-function steering wheel, a Uconnect infotainment system and an instrument cluster with a large LCD display. The van also has wood trim, metallic accents and what appears to be a rotary gear selector on the center console. A previous patent filing also suggested the minivan will have improved Stow 'n Go seats that are easier to hide underneath the floor.

Engine options remained unconfirmed but power could be provided by a 3.6-liter Pentastar V6 engine that is connected to a nine-speed automatic transmission. Chrysler's five-year plan also revealed there will be a plug-in hybrid variant but little is known about it.