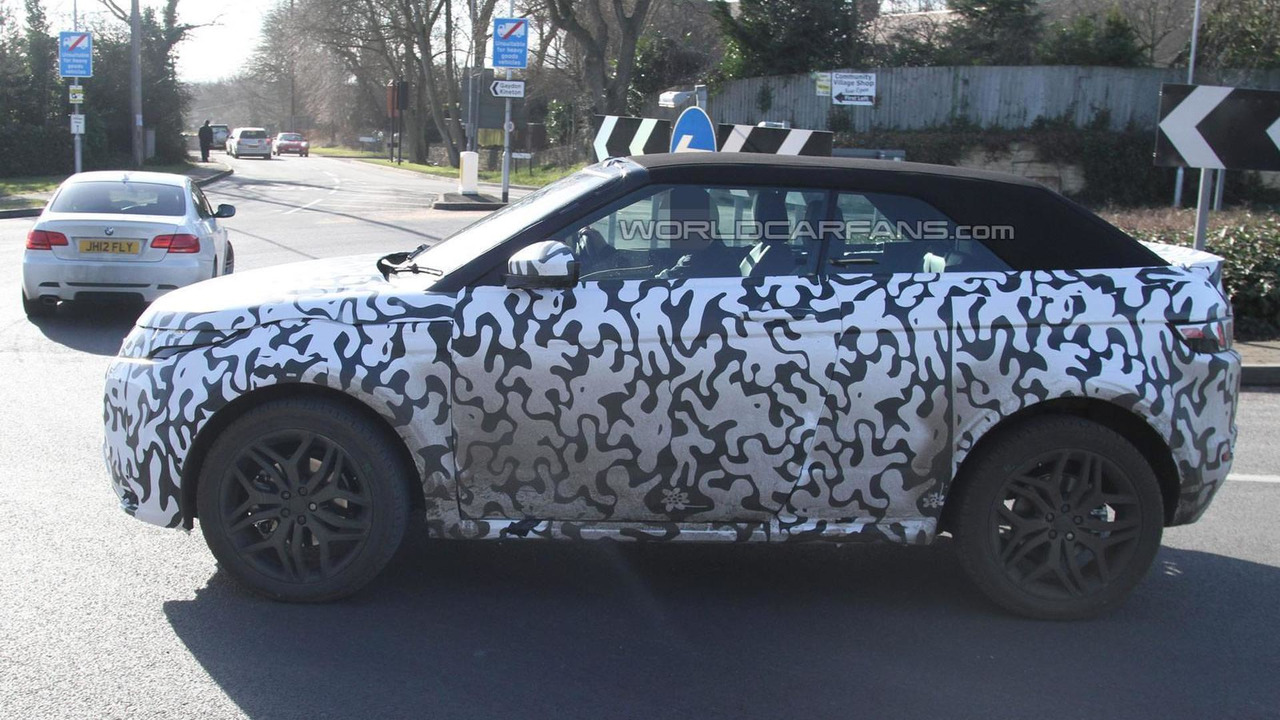 Likely debuting next month at the Geneva Motor Show, the open top Evoque is going to be based on the three-door variant and will likely feature the same styling tweaks set to be implemented in the facelifted Evoque which could join Land Rover's stand at the Swiss show.

As noticeable in the attached spy images, it will adopt an electrically retractable soft top while the overall design will closely mimic the fixed roof version. However, there seems to be a trunk lid spoiler lip at the back and there could be some other styling changes hiding underneath the funky camo.

Expect the Range Rover Evoque Cabrio and the facelifted three- and five-door models to come with JLR’s four-cylinder Ingenium gasoline and diesel engines sourced from the Jaguar XE.

The open top Evoque should hit dealerships sometime this summer and will obviously cost more than the regular models.