"Slavia" is a name initially used by Skoda back in 1899 for a new motorcycle sold by the original Laurin & Klement company. The Czech automaker dusted off the moniker last year with a unique, two-seater speedster developed by the firm's talented apprentices. Fast forward to 2021, the rumor mill insists a production car will bear this name in India where the family car will slot above the Rapid.

Meanwhile, our spies have caught a fully camouflaged prototype testing in the Alps. It's expected to ride on the same MQB-A0-IN platform that has underpinned the Kushaq, an India-only crossover launched earlier this year. It looks larger than the aging Rapid and we're getting the impression it's heavily related to the Volkswagen Virtus, Latin America's Polo sedan, but in a more practical liftback body style.

Such a car wouldn't make sense in Europe where the Rapid has been replaced by the Scala, nor would it fit in Skoda Russia's lineup considering the Rapid received a Scala-esque makeover in 2020. It's unclear whether the new family car will eventually replace the Rapid altogether in the world's second-most populous country. That could very well happen seeing as how a Skoda India official recently said the Rapid will not be renewed.

While the camouflage does a good job at hiding the prototype's real appearance, we are tempted to believe a lot of the design cues will be borrowed from the Scala and consequently the Russian-spec Rapid. Underneath that disguised hood is either a 1.0- or a 1.5-liter gasoline engine since the powertrains will probably be borrowed from the Kushaq.

The entry-level, three-pot mill produces 1 15 horsepower and 175 Newton-meters (129 pound-feet) of torque in the small crossover where it's offered with a choice between a six-speed manual or an optional torque-convertor six-speed automatic. The larger engine has 150 hp and 250 Nm (184 lb-ft) on tap and works with a standard six-speed manual or a dual-clutch, seven-speed auto.

Aside from the right-hand-drive layout of the prototype, another clue suggesting the car is India bound is the generous ground clearance necessary to handle India's typically rough roads. There's a lot of wheel gap – particularly noticeable at the front axle – which is something Europeans don't want unless it's a pickup truck or an SUV. 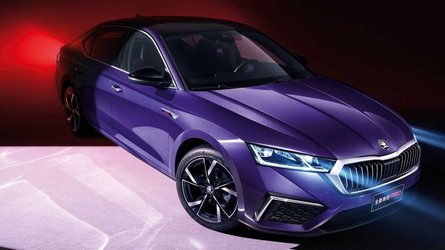 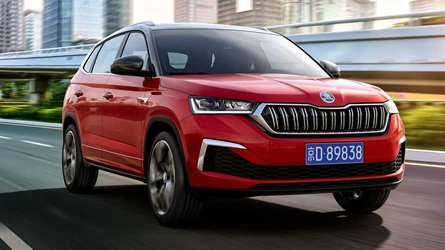 The official reveal will take place before the end of the year but sales are not scheduled to commence until early 2022.