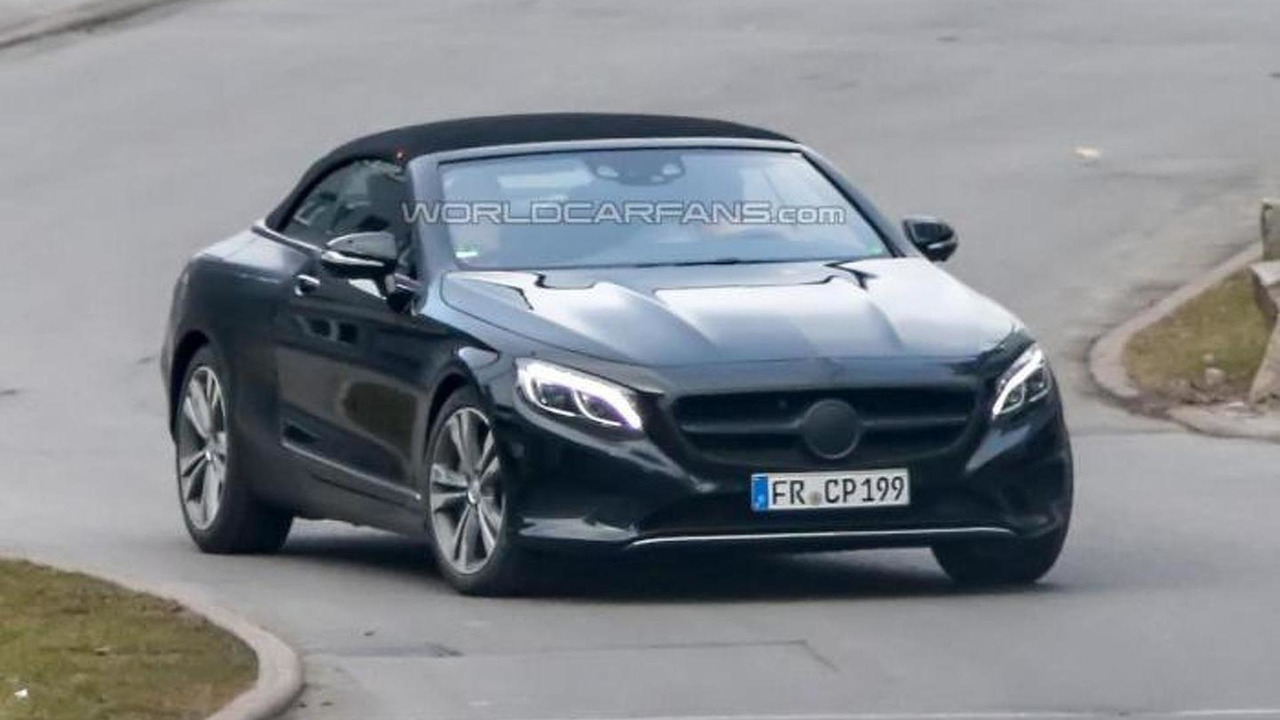 The Mercedes-Benz S-Class Cabriolet has made a comeback in a revealing set of spy images.

The Mercedes-Benz S-Class Cabriolet has made a comeback in a revealing set of spy images.

Just like yesterday with the facelifted SL spy shots, the prototype spotted here wears body-colored camouflage noticeable on the hood and on the rear half of the car but nevertheless these are by far the most revealing spy photos of the S-Class Cabriolet. This is the first time we get a better view at the retractable soft top while the overall design is as expected heavily influenced by the S-Class Coupe.

There are some spy shots with a white prototype carrying a more extensive camouflage at the rear end, indicating the taillights could be considerably different than those of its fixed roof sibling. The engine lineup will be largely carried over all the way up to the S63 and S65 AMG models.

Mercedes-Benz has already confirmed the S-Class Cabriolet will be introduced later this year.