It's what's inside that counts.

One would argue it's never the right time to buy a performance car from a luxury brand because there always seems to be a new version around the corner. Case in point, the M4 debuted a year ago and was followed in May 2021 by the xDrive-equipped specification delivering quicker acceleration. More derivatives are on the way and rumor has it both CS and CSL models are en route, with these fresh spy shots seemingly depicting the latter.

Our spies had a proverbial tête-à-tête with the M4 CSL rocking the same hugely controversial front grille contour, but with new inner design accents looking like multiple Y-shaped elements joined together. The design is as polarizing as before, perhaps even more so with the newly added bits likely reserved for the amped-up variant.

Despite the swirly black and white camo masking the front design, it's pretty clear the prototype had a prominent splitter as part of a revised aerodynamic package that also includes a ducktail spoiler. The headlights are also different judging by the positioning of the turn signals, thus fueling rumors about future spicy M3 and M4 models getting bespoke M lights. That might extend to the rear as well seeing as how BMW made the effort to largely conceal the prototype's taillights.

While some would expect to see the CS first, it is widely believed the range-topping CSL is going to arrive as early as 2022. Expect a healthy weight loss achieved by making generous use of carbon fiber while sticking to a rear-wheel-drive setup without the added bulk associated with the AWD system. Power is set to grow by a yet-to-be-confirmed 30 hp over the M4 Competition, so look for somewhere in the region of 540 hp.

It's too early to know how much dough BMW will charge for the CSL, but expect to pay a hefty premium over the tail-happy M4 Competition Coupe available in the United States from $74,700. Surely with a few of the boxes on the options list ticked, the car will enter six-digit territory, thus making the asking price comparable to that of a base Porsche 911 Carrera.

The M4 is not the only BMW M model to get special treatment as an M3 CS is being worked on and we've also seen some rather interesting spy shots of an M8 with a beefy aero kit and red accents. A more significant novelty from the M division could be the X8 M (or is it XM?) due to be unveiled later this year, presumably as a dedicated M model with a plug-in hybrid V8 setup packing in excess of 700 hp. 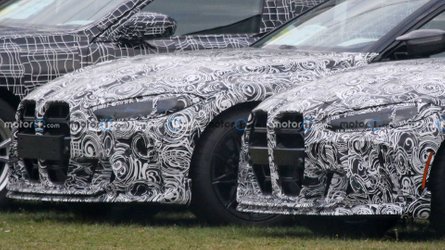 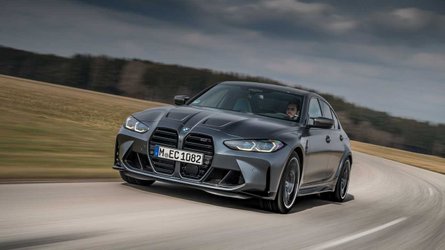