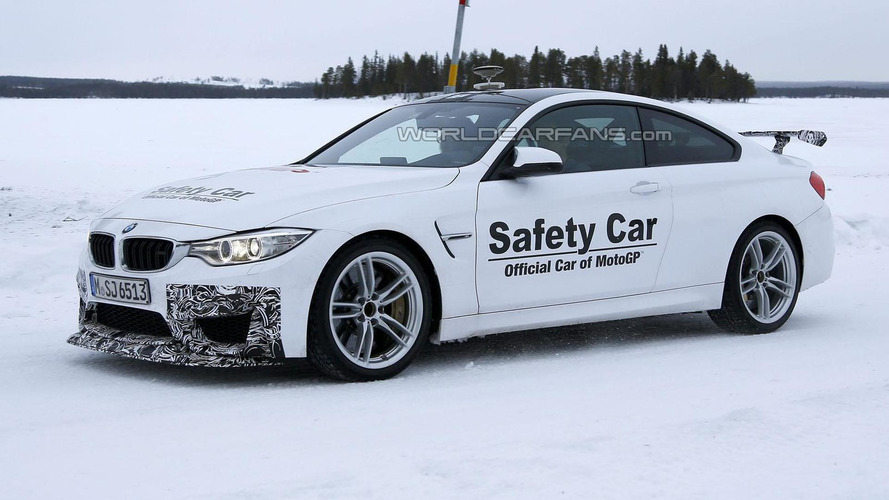 The 2016 BMW M4 GTS has been spied undergoing testing in Scandinavia.

The 2016 BMW M4 GTS has been spied undergoing testing in Scandinavia.

Disguised as a MotoGP safety car, the prototype has a familiar design but adopts a front spoiler and a fixed rear wing. These changes are relatively minor but Motor.es has reported the production variant will also feature laser headlights and OLED taillights.

Our spies couldn't get close enough to snap interior pictures but we can see Recaro seats and a roll cage. It remains unclear if these will carry over to the production model but, at the very least, we should expect some minor interior changes.

BMW has been tipped-lipped about specifications but previous reports have suggested the model will use additional carbon fiber and aluminum components to reduce weight. The car is also rumored to have a sportier suspension and possibly an upgraded 3.0-liter TwinPower Turbo six-cylinder engine.