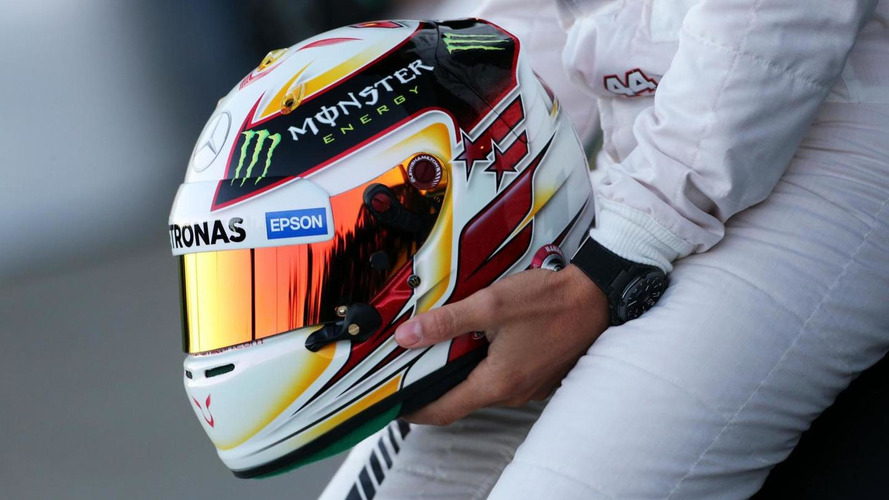 Mid-season helmet livery changes have been banned, according to reports on Wednesday. The respected German publication Auto Motor und Sport and the international news agency Reuters report that F1 d...

Mid-season helmet livery changes have been banned, according to reports on Wednesday.

The respected German publication Auto Motor und Sport and the international news agency Reuters report that F1 drivers this year will have to start and finish the season with the same helmet colours.

German correspondent Tobias Gruner said it was a proposal by Bernie Ecclestone that was adopted by the governing FIA and team bosses at Tuesday's meeting of the F1 Commission.

Gruner said it means "the days of changing looks and crazy helmet creations on special occasions are over".

The move is clearly to help fans and spectators to more easily identify the drivers, given the ever-increasing trend for multiple design changes within a season.

And many had lamented the steady decline of iconic and easily-recognisable helmets, like the yellow of Ayrton Senna and the London rowing club livery worn by Damon Hill.

But the initial reaction on social media was not generally positive.

"I am a fan of consistency," former F1 driver Alex Wurz said on Twitter, "but seriously! What's next? Rules on haircut?"

Journalist Gruner agreed: "On important issues, formula one cannot agree. But on this, rules are created for problems that do not exist."

Another German correspondent, Sport Bild's Bianca Garloff, added sarcastically: "Hey, FIA and F1, you have no other problems? OMG," while Mark Webber agreed there are "bigger issues than this going on".

Gruner said the move will also stop drivers from doing things like inviting their fans to design one-off helmets that are subsequently auctioned for charity.

"What punishment awaits the drivers should they violate the new rule is not yet known," he said.