Will the Subaru Levorg get WRX power next year? If so, it will become the WRX Wagon successor.

Subaru hasn't made an Impreza WRX wagon in years. However, it passed the baton to the previous generation Levorg with its 2.0-liter turbo. The Japanese version of the 2.0 turbo Levorg even made about 300 horsepower. Unfortunately, it was discontinued when the second-generation Levorg was launched last year.

At the moment, the Levorg doesn't have a high-performance derivative. The sole engine option in the wagon is a 1.8-liter turbo. Dubbed the CB18, its more efficient than the engine it replaced. However, its 174 horsepower rating won't exactly get pulses racing. But there is news from Australia that Subaru might just inject some adrenaline into the station wagon.

According to CarExpert, they're expecting the Levorg to be available with the 2.4-liter turbo from the recently-launched 2022 WRX. It seems that there's a good chance of that happening, too. CarExpert quoted Subaru Australia's spokesperson, stating, “The Levorg has proven itself as a niche performance wagon, and will morph into something slightly different in its next generation.”

The New WRX Has Been Revealed: 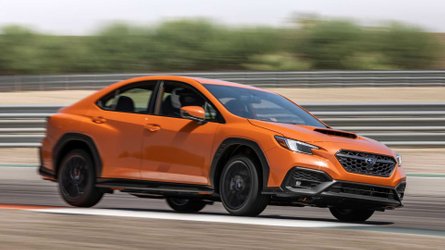 For reference, the 2.4-liter turbo from the WRX is good for 271 horsepower (202 kilowatts) and 258 pound-feet of torque (349 Newton meters). The WRX is available with either a six-speed manual or a beefed-up continuously variable transmission the brand calls Subaru Performance Transmission.

That said, there is also a possibility that the 2.4-liter Levorg might use a detuned version of the said engine. It could use the version found in the Ascent and the Legacy. For those two models, power is rated at 260 horsepower (190 kilowatts) and 277 pound-feet of torque (376 Newton meters). It seems unlikely that the Levorg will be available with the WRX's six-speed manual. That's because the previous-generation Levorg was never offered with a manual. The CVT is a more likely option.

It isn't certain which version Subaru will go for, or even officially confirm a 2.4-liter Levorg. The only way we'll know for sure is once it makes its Australian debut soon.