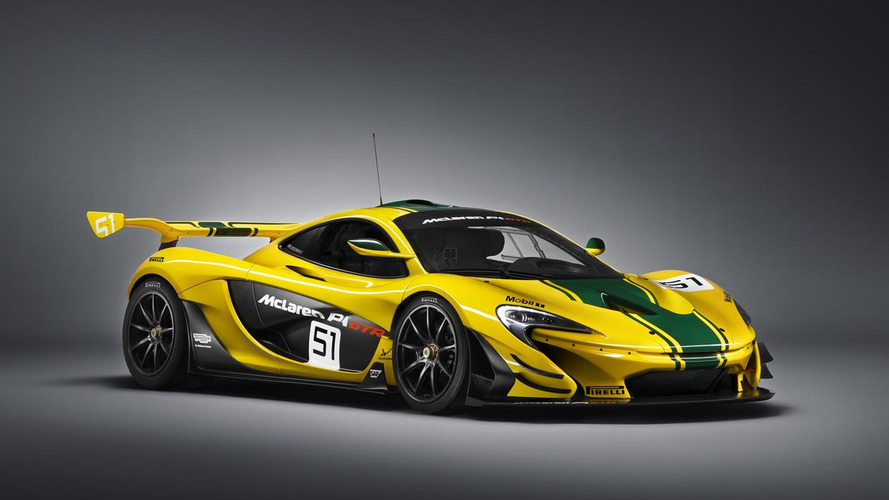 McLaren has taken the wraps off the production-spec P1 GTR prior to a public debut set for early next month in Geneva.

Developed to be the “best driver's car in the world on track”, the P1 GTR is 50 kg (110 lbs) lighter than its road-going sibling thanks to numerous weight-saving measures such as the motorsport-spec polycarbonate side windows (with a driver’s side sliding “ticket window”), carbon fiber panels in the roof and engine bay. The dual exhaust pipes are made from Inconel and titanium alloy which has helped shave off more than 6.5 kg (14.3 lbs).

The V8 3.8-liter twin-turbo engine has also been revised and it now develops 800 HP (588 kW) and works with an uprated electric motor generating 200 HP (147 kW) which allows the McLaren P1 GTR provide a combined output of 1,000 HP (735,5 kW). The added output was obtained by installing several motorsport-spec components while some of the features necessary for the road-legal P1 have been eliminated as part of the massive diet.

The track-only P1 GTR is 80mm wider than the standard car and also it sits 50mm lower. McLaren has installed a 19-inch set of center-locking motorsport alloy wheels wrapped around in Pirelli slick tires. The most noticeable change at the back is represented by the massive fixed wing sitting 400mm above the rear bodywork, representing a 100mm increase over the P1’s adjustable wing. Downforce levels have been boosted by 10 percent which has enabled the P1 GTR to generate 660 kg (1,455 lbs) at 150 mph (241 km/h).

Aside from presenting the car, McLaren has also disclosed additional details about their driver program which will allow owners to participate in an initial test session at Silverstone and then head to the first track activity at Circuit de Catalunya in Spain. All P1 GTR owners will take part in individual driver profiling sessions at the McLaren Technology Centre where consultants will be responsible with race seat fitting, Human Performance Centre assessment and additional discussions regarding the design and livery of the car. Moreover, the drivers will be able to use a simulator to experience the brute force of the P1 GTR.

The McLaren P1 GTR will show up on March 3 at the 2015 Geneva Motor Show before heading to limited production series. The show car at the Swiss show will wear a livery inspired by the McLaren F1 GTR chassis #06R.